The publication of Selected Agricultural Indicators, Malaysia, 2021 consists of statistics on economic performance, employment, domestic production and external trade in the agriculture sector. These statistics detail the findings from a sectoral perspective for the three main agriculture sub-sectors, namely crops, livestock and fisheries, as well as the social perspective that contribute to Malaysia's economic position in 2020.

Malaysia's Gross Domestic Product (GDP) performance in 2020 declined 5.6 per cent influenced by the decline in all sectors of the economy as compared to a positive growth of 4.4 per cent in 2019. The contribution of the agriculture sector to Malaysia's GDP in 2020 is 7.4 per cent. The percentage growth of this sector declined 2.2 per cent from 2.0 per cent in the previous year. The decline was due to the commodity sub-sector, especially oil palm, which recorded a negative growth of 3.6 per cent (2019: 1.5%). Although the growth rate of oil palm showed a decline, it was the main contributor to the value added of the agriculture sector with RM36.9 billion or 37.1 per cent.

Looking at the livestock sub-sector, the number of livestock has been increasing except for buffaloes, sheep and swine. Although the livestock population showed an increase, the production has decreased except for poultry meat, chicken/ duck egg as well as fresh milk. The decline in some commodities was also attributed to the lack of demand by restaurants, eateries and hotels that were not operating or having restriction in operations as a result of the COVID-19 pandemic.

Landings of marine fish in 2020 were 1,383.3 thousand tonnes, declined 5.0 per cent from 1,455.4 thousand tonnes in 2019. The declined was due to lack of the number of vessel operations in deep sea, resulted from the restrictions on the re-entry of foreign labour. At the same time, brackishwater and freshwater aquaculture production also decreased by 1.4 and 7.1 per cent respectively from the previous year.

The Labour Force Participation Rate (LFPR) in 2020 decreased by 0.3 percentage points. The number of employed person in 2020 is 14,956.7 thousand (2019: 15,073.4 thousand persons). Of the total, 1,566.0 thousand persons (10.5%) were involved in the agricultural sector. The employed person of the agricultural sector is still dominated by the citizen population with 67.9 per cent while the rest are non-citizens.

In cognisance of the significance of the pandemic impact on agriculture production and prices, food security has become more important. This indicates that there is a need to revisit the agriculture sector as a potential source of employment opportunities and increased capital investment in modernising this sector. Emphasis on ensuring the stability of food supply is necessary especially for agricultural items that have inadequate self-sufficiency ratio and high import dependency. In addition, emphasis should also take into account accessibility to food especially to the low-income group due to volatility of price factor. 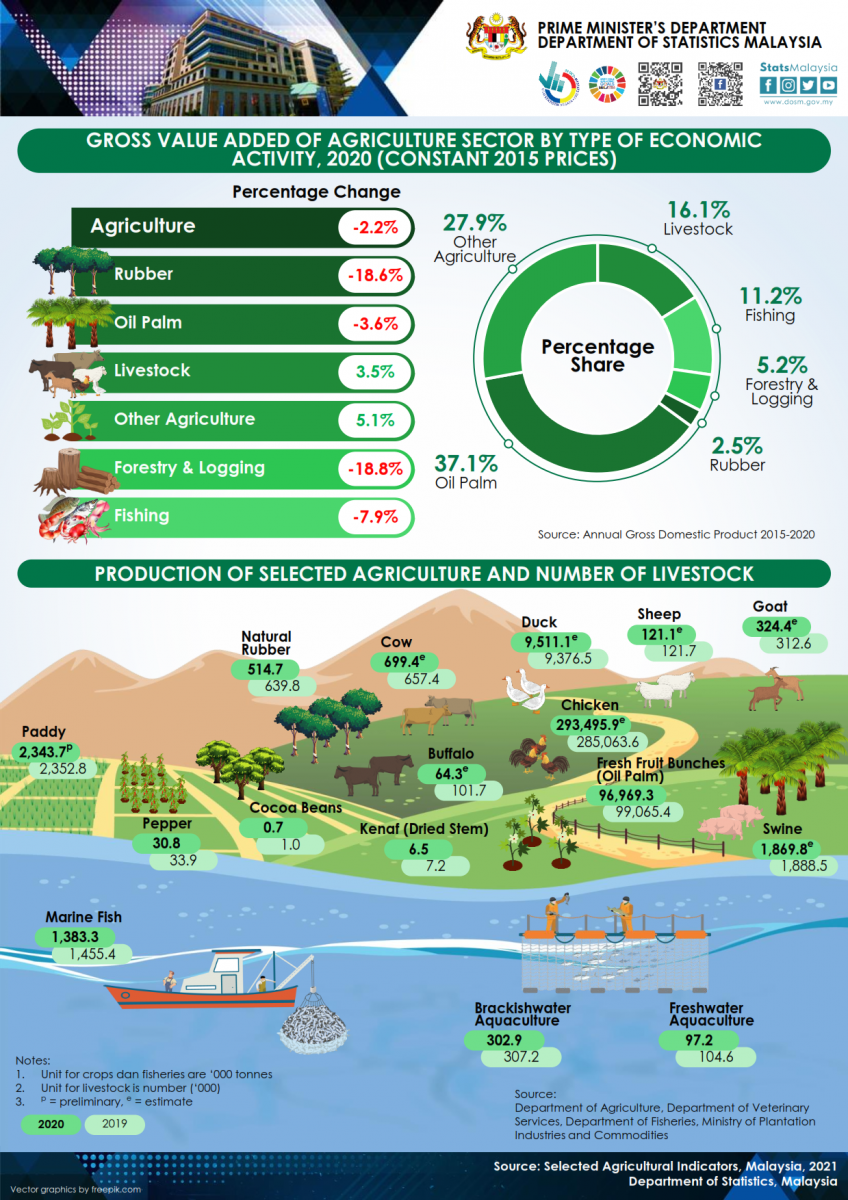 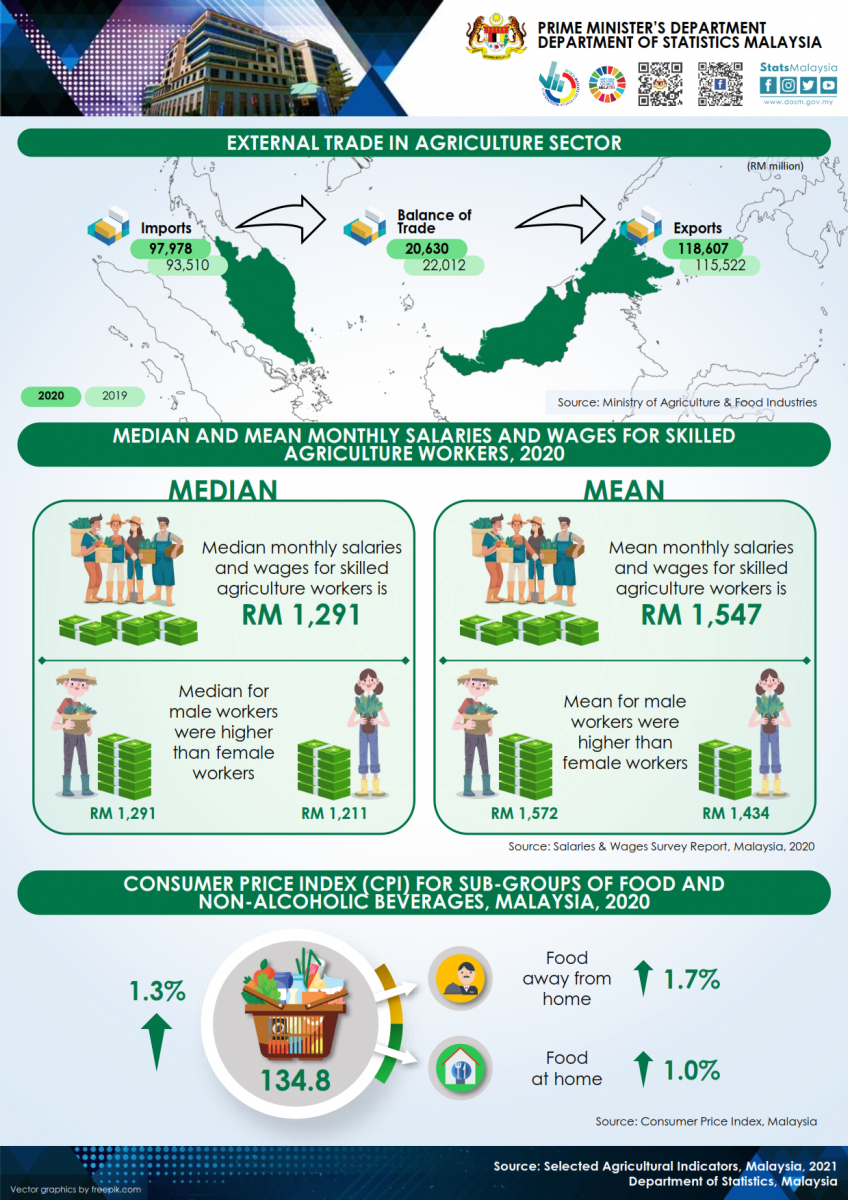