The availability of statistics at the smallest areas such as Parliament and SLA can be utilised as important input by various parties, especially Members of Parliament and State Assemblymen in improving governance and providing socio-economic needs in a more targeted manner for the well-being of the local people.

The main findings of the Subnational Statistics of State Legislative Assembly show that SLA N.49 Kota Iskandar, Johor has the largest population of 310 thousand population with the highest number of residential units of 128,007 units in the SLA. Meanwhile, SLA N.40 Kota Anggerik, under the Shah Alam, Selangor is in the second highest position with a total of 293 thousand population with 87,947 households and 87,526 residential units.

The publication of SLA Subnational Statistics is an important reference for stakeholders and policy makers as input to the implementation of decisions, monitoring and evaluation of the effectiveness of national development programs and research at the state, administrative district, parliamentary and SLA levels. This publication aims to assist government to formulate the national economic policy in tandem with departments aspiration to “Merakyatkan Statistik” with comprehensive and understandable statistic. 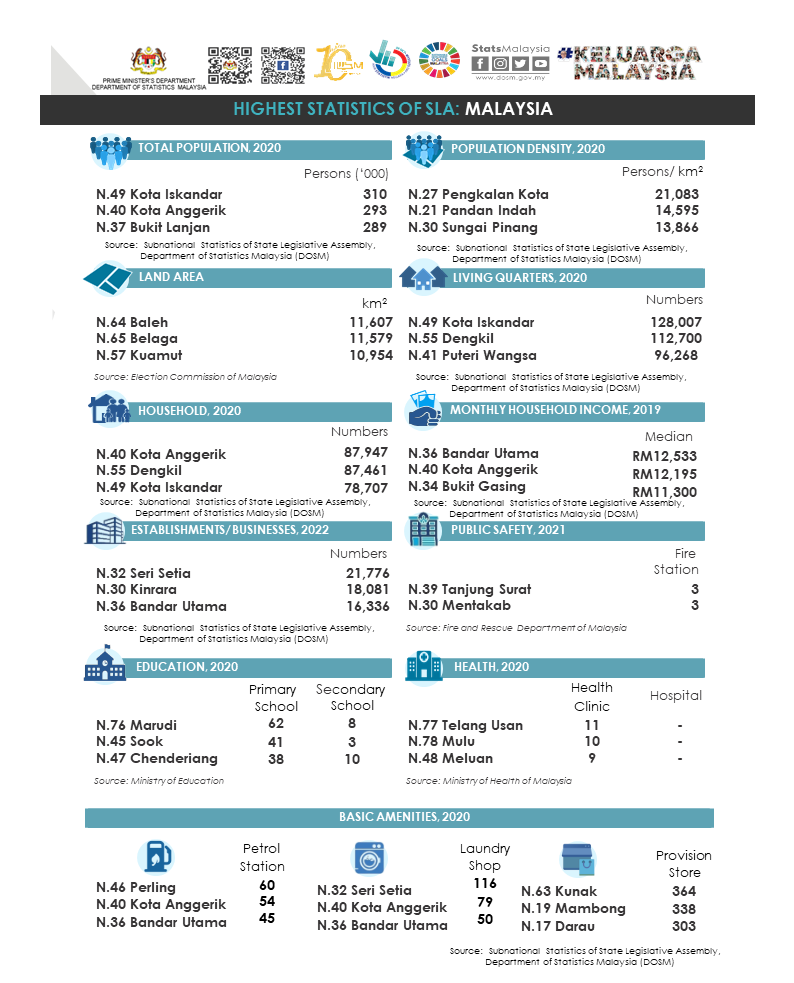 The full publication can be downloaded through eStatistik portal.