The Labour Market Review (LMR) is a quarterly release by Malaysian Bureau of Labour Statistics (MBLS), Department of Statistics, Malaysia (DOSM) that brings official statistics to life through reviews and features which highlighted the most recent trends in labour market. The quarterly statistics is consolidated in a narrative to provide readers with a comprehensive view on Malaysia’s labour market.

The report is divided into three segments to provide readers the different aspects of labour market information encompassing Labour Supply, Labour Demand and Labour Productivity. The special feature of the report is for every quarter, there is one or more article(s) highlighting the most recent labour market issues through statistics; or delving on the methodologies to strengthen labour market statistics.

The report will elaborate on the year-on-year changes as well as the short-term changes from the previous quarter to examine the immediate effect of recent events. Users are advised to interpret the quarterly changes with cautions since they are non-seasonally adjusted. The LMR can be used by policy makers, academicians, economists, researchers and other users for studies related to the labour market. It is hoped that this report can facilitate the growing demand for labour market statistics. 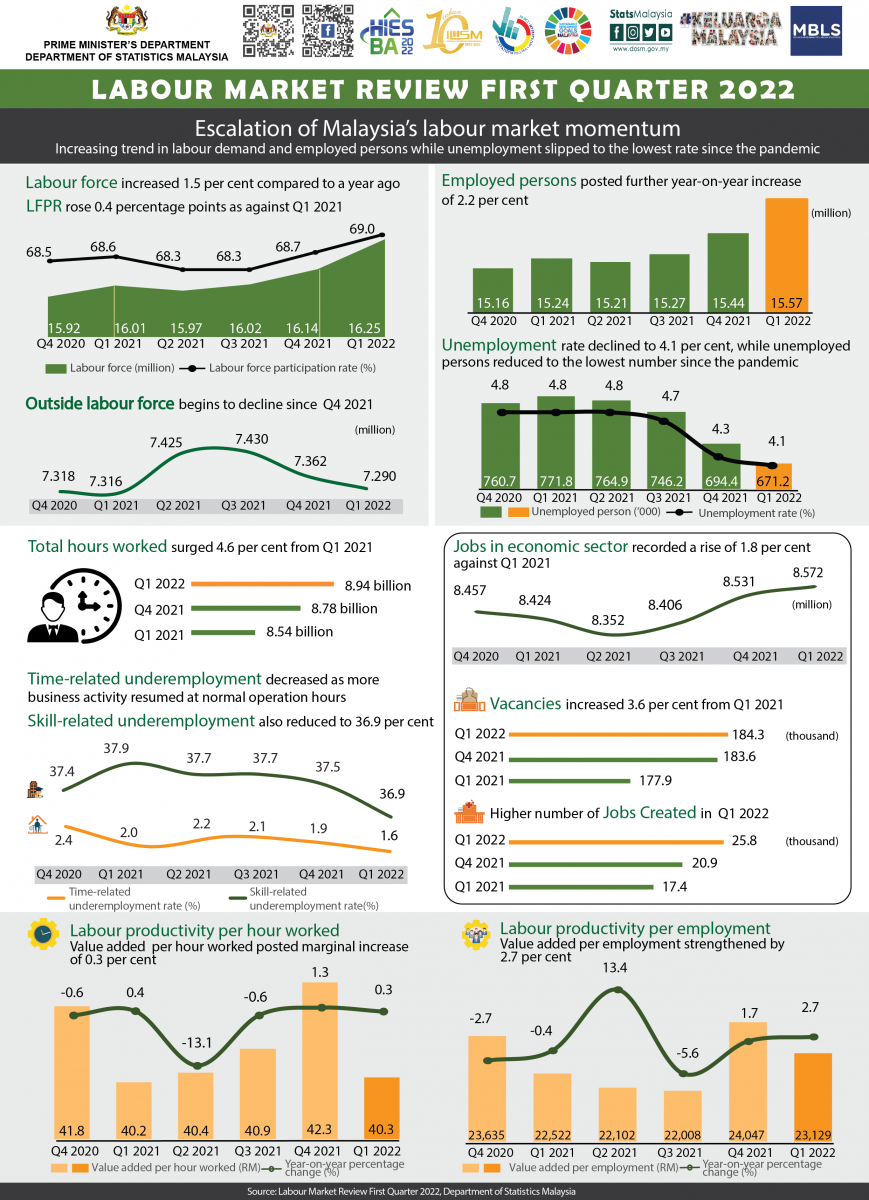 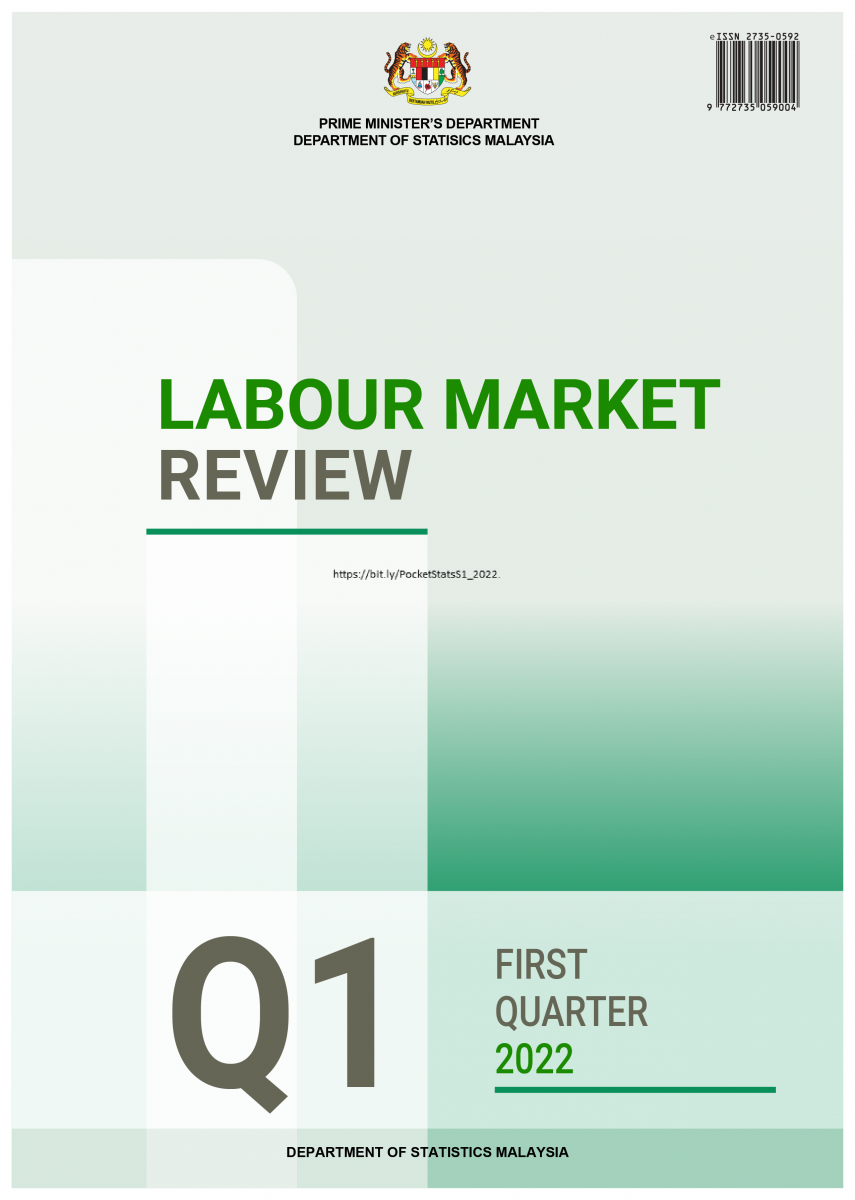 The full publication of LMR Q1 2022 is also accessible and downloadable free of charge through the eStatistik application in DOSM web page, www.dosm.gov.my.