This was in line with the closure of national borders and the return of foreigners to their respective countries during the Movement Control Order (MCO) following the spread of the COVID-19 pandemic worldwide. The growth rate of Citizens remained stable at 1.0 per cent with population increased from 29.7 million in 2020 to 30.0 million in 2021. 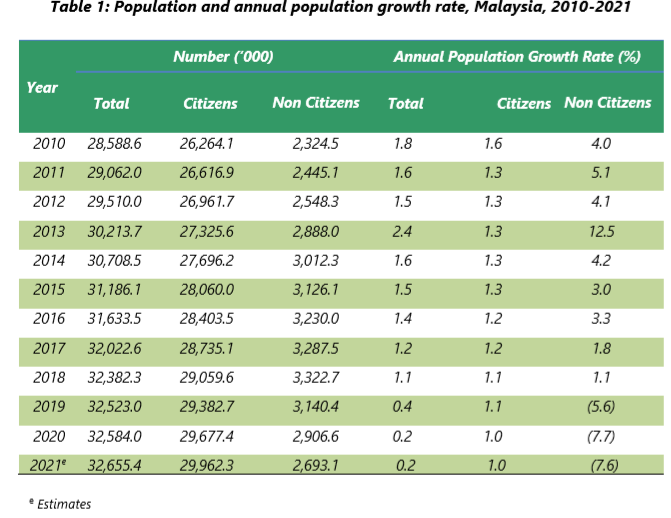 The Older age population in Malaysia is increasing every year

Indians and Others composition remained at 6.8% and 1.0%

Selangor recorded the most populous state

Overall, in 2021 all states in Malaysia maintained to record more males over females except Perlis and W.P. Putrajaya. Pahang recorded  the highest sex ratio  with 111 males per 100 females followed by Johor (109) and  Sabah (108) in 2021. 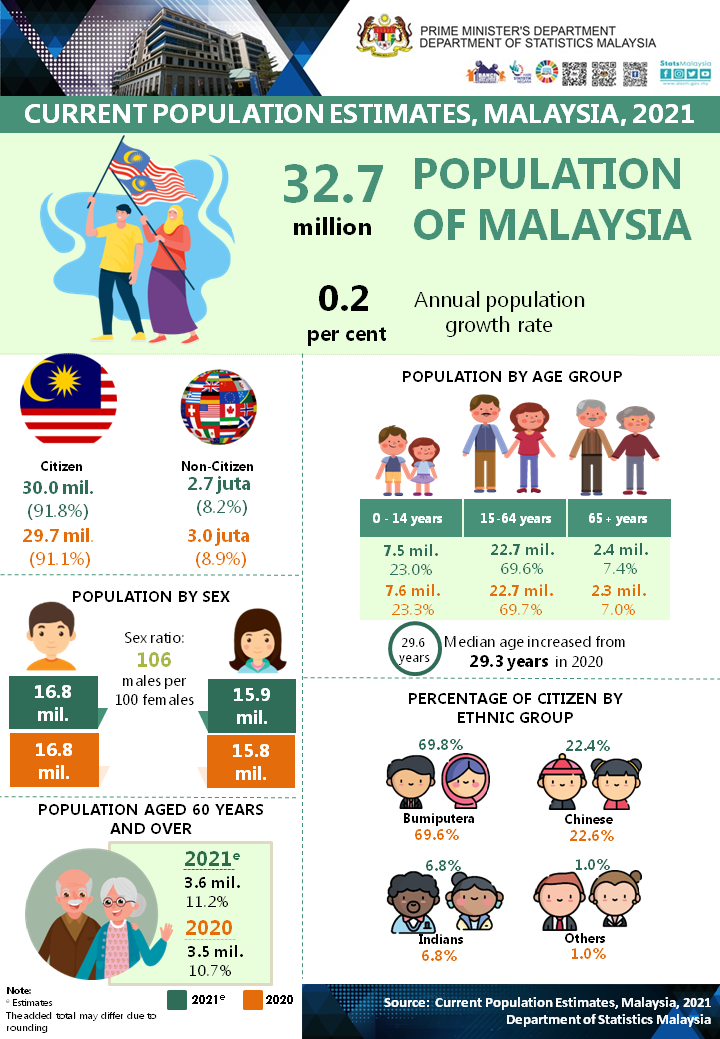 The added total may differ due to rounding

The full publication of the Current Population Estimates, Malaysia, 2021 can be downloaded through eStatistik Portal.