This is in line with the closure of our national borders and the return of foreigners to their respective countries during the Movement Control Order following the spread of the COVID-19 pandemic worldwide. The growth rate of Citizens remained stable at 1.1 per cent with the population increasing from 29.4 million in 2019 to 29.7 million in 2020. 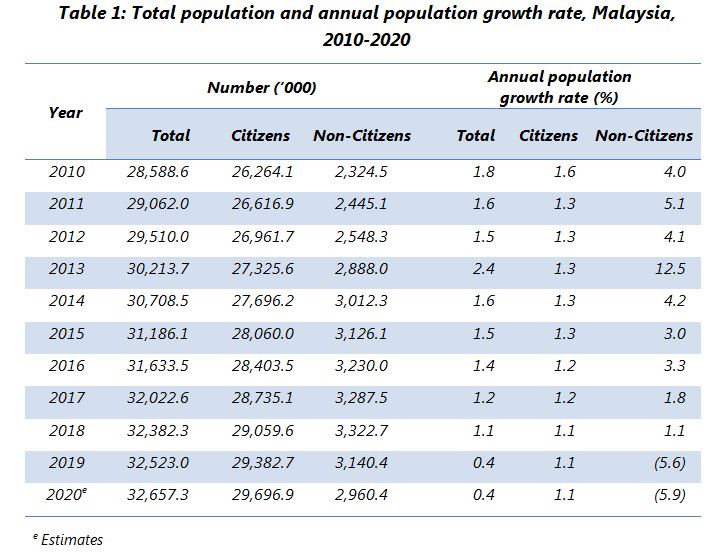 Overall, there were more males than females. In 2020, male population outnumbered the female with 16.8 million (males) and 15.9 million (females).

Males outnumbered females in both young aged (0-14 years) and working-age (15-64 years) groups. Meanwhile, the females dominate the old-age group (65 years and over) with 1.2 million compared to males follows closely at only 1.1 million in 2020. 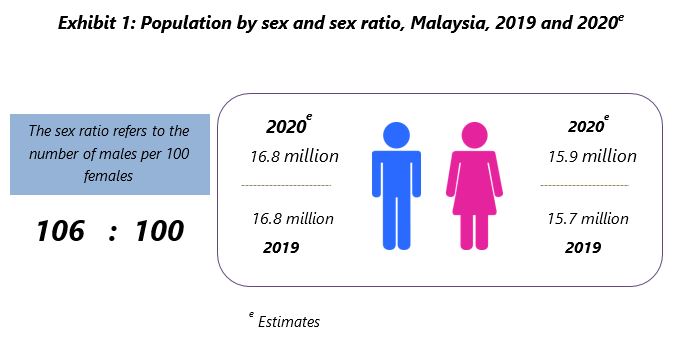 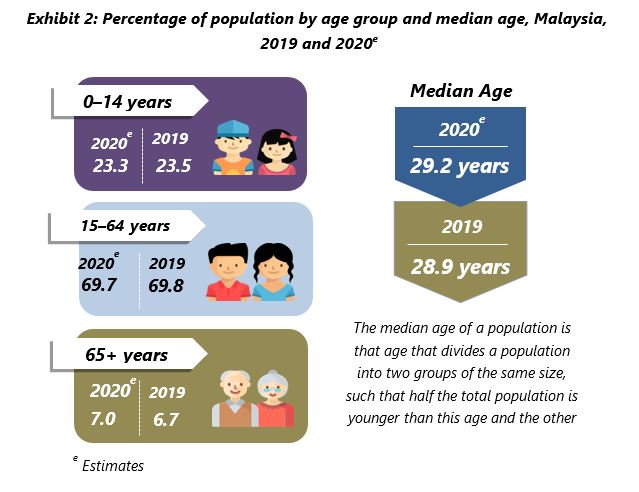 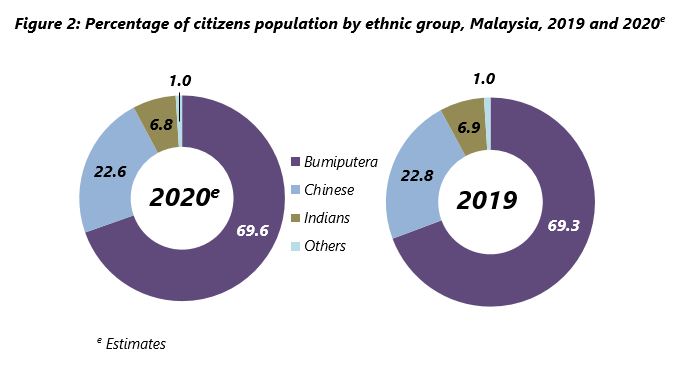 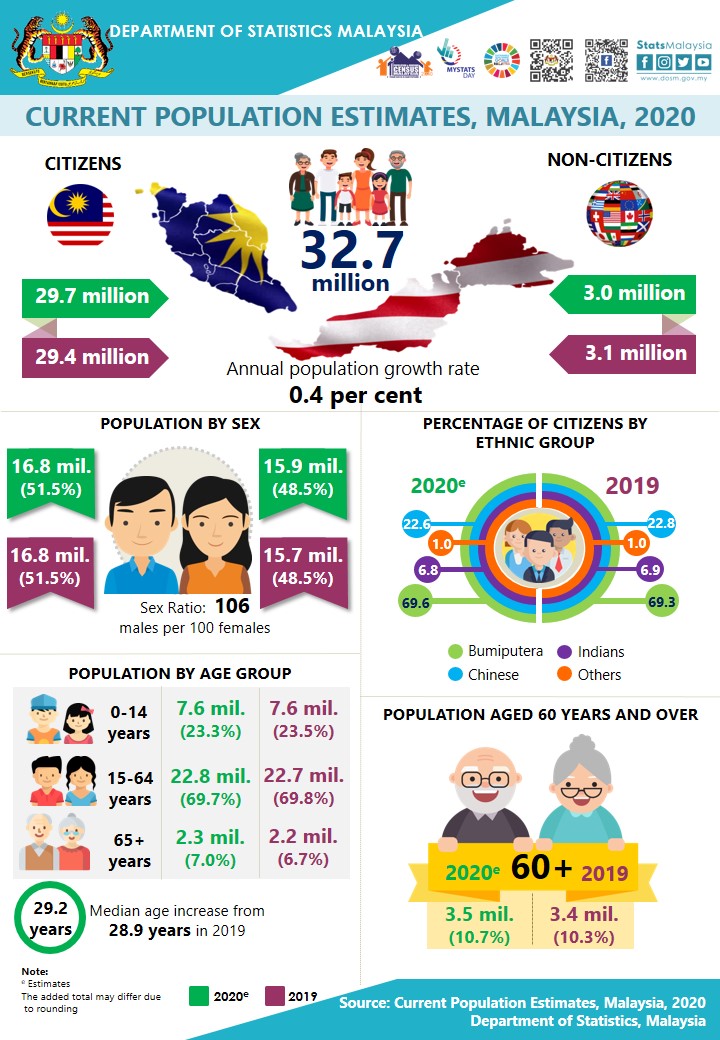 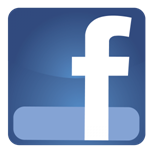