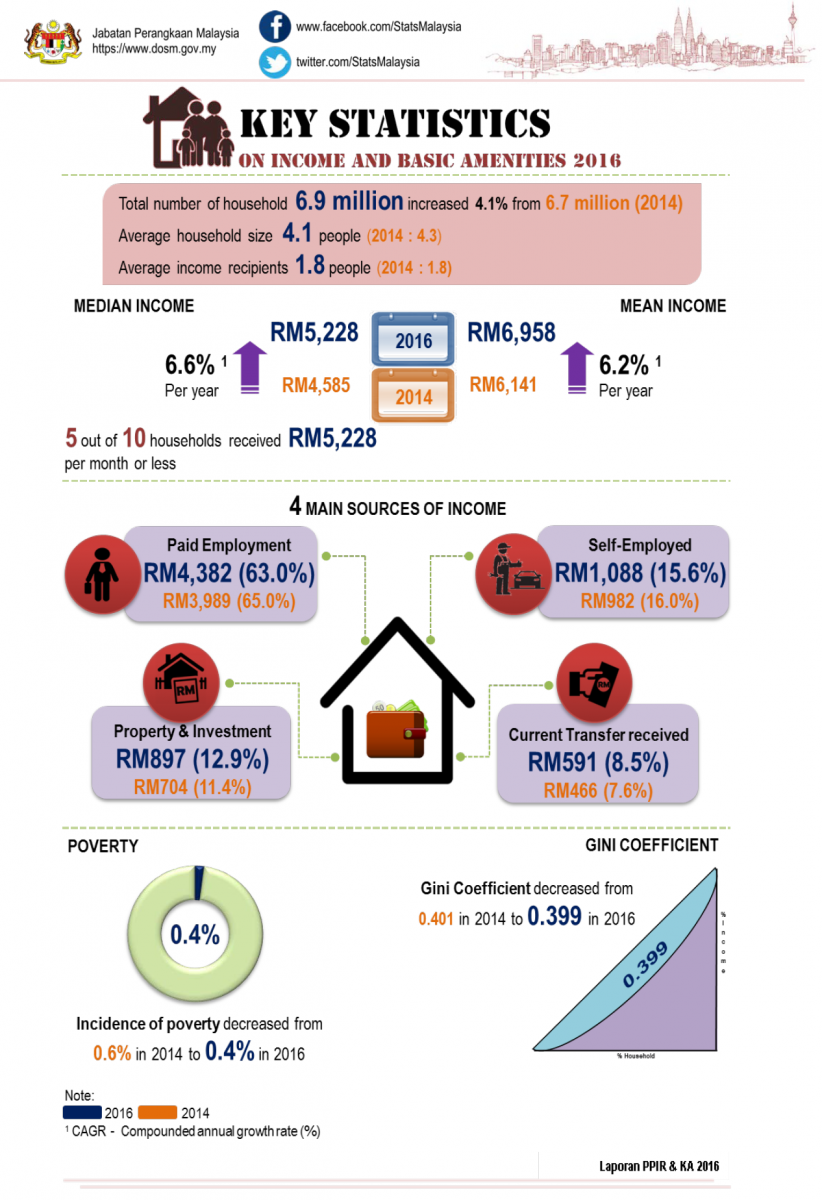 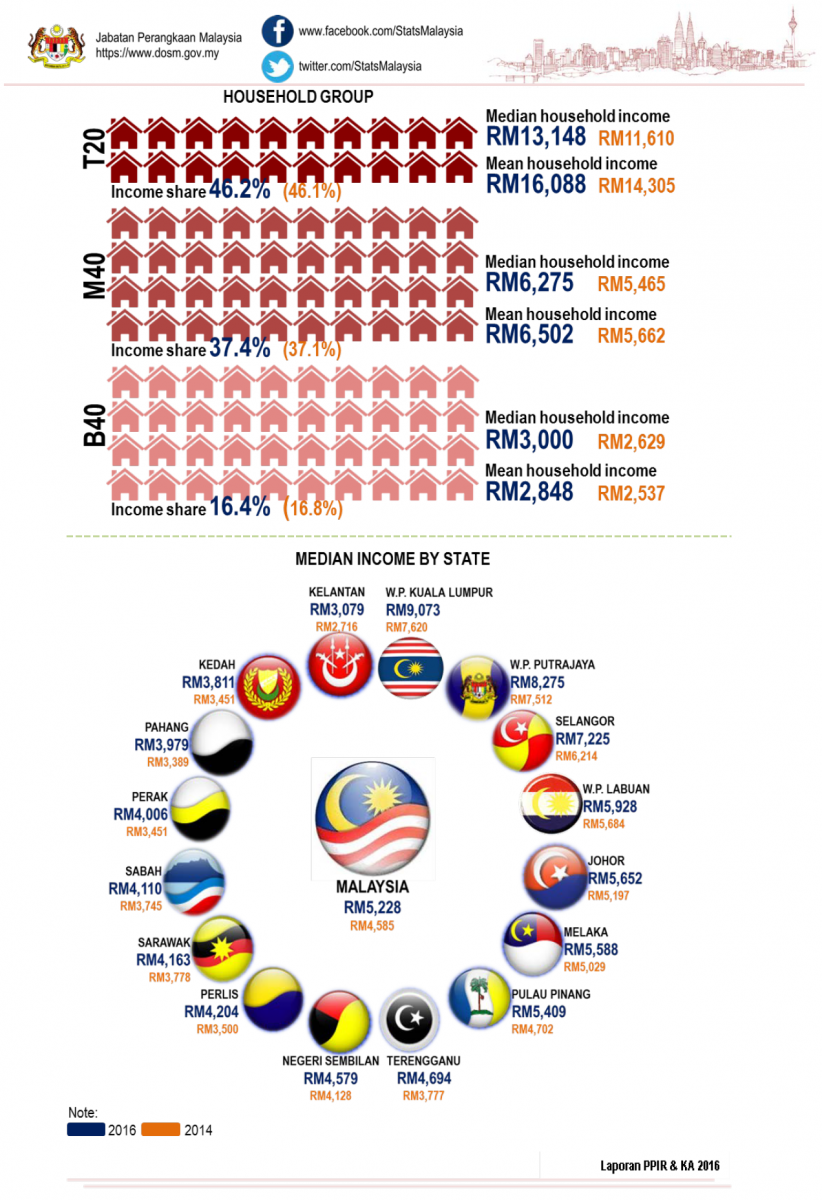 The Department of Statistics, Malaysia has conducted Household Income and Basic Amenities Survey (HIS&BA) in 2016 and 2017 to collect data on the characteristics of Malaysian household particularly on income and basic amenities. Personal interviewing approach was used for a period of twelve months starting from May 2016 until April 2017.   This survey used probability samples that represent all Malaysian household in Malaysia. 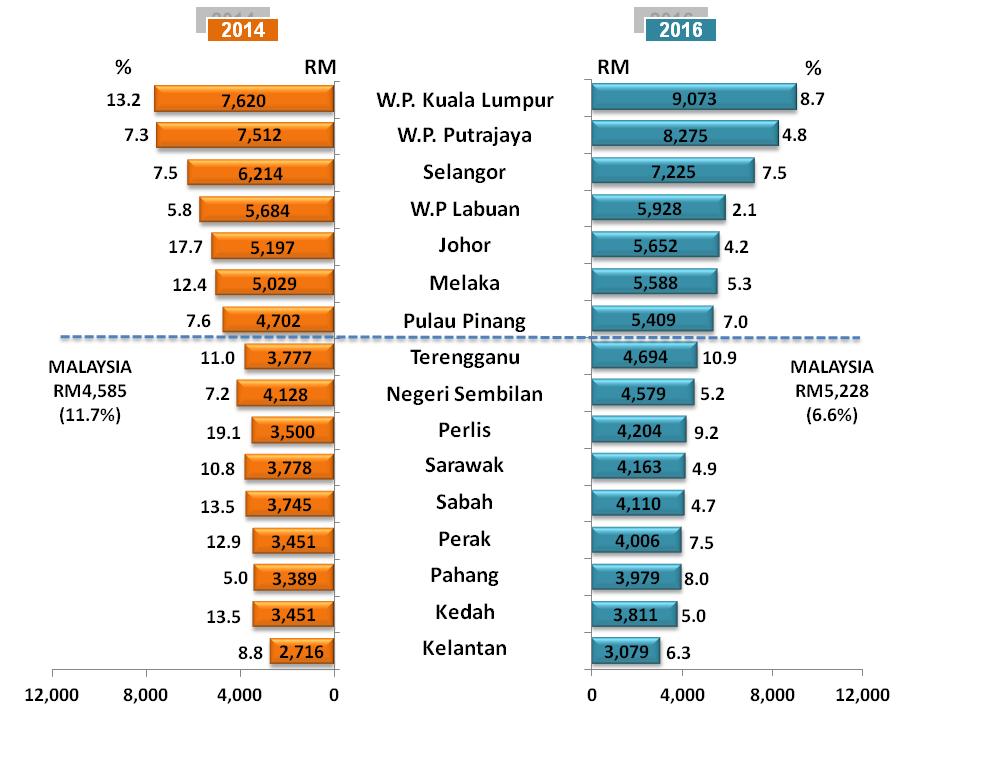 The mean monthly household income of all states has increased where five states exceeded the national growth rate of 6.2 per cent.  Terengganu recorded the highest growth rate of 9.1 per cent, followed by Perak (8.6%), Pahang (7.2%), Selangor (6.8%) and Kelantan (6.3%). 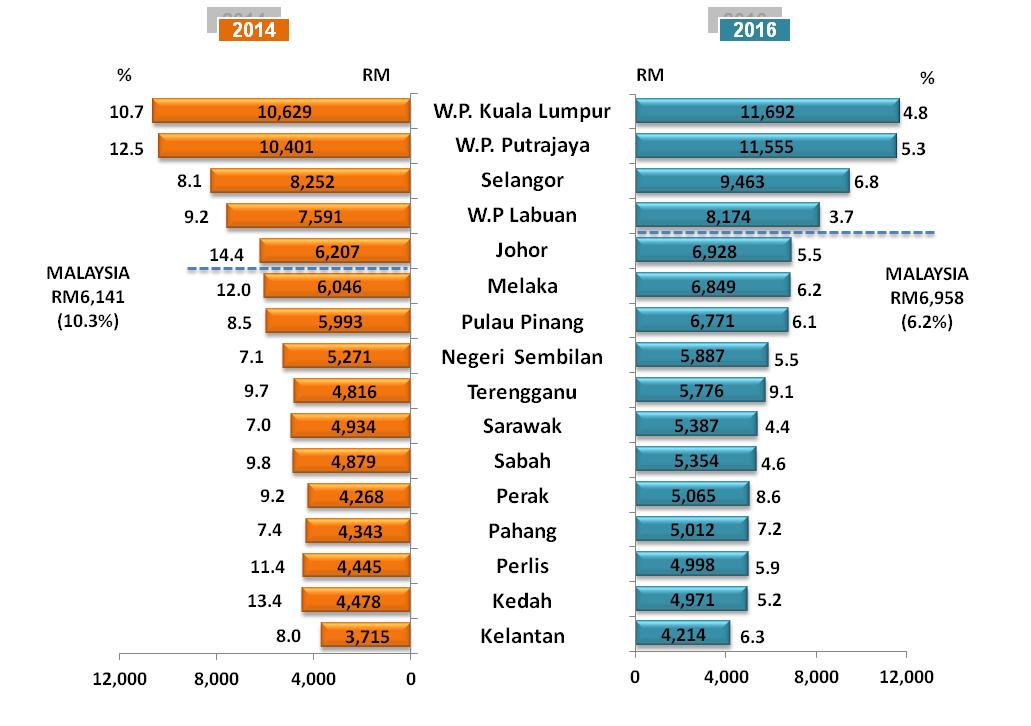 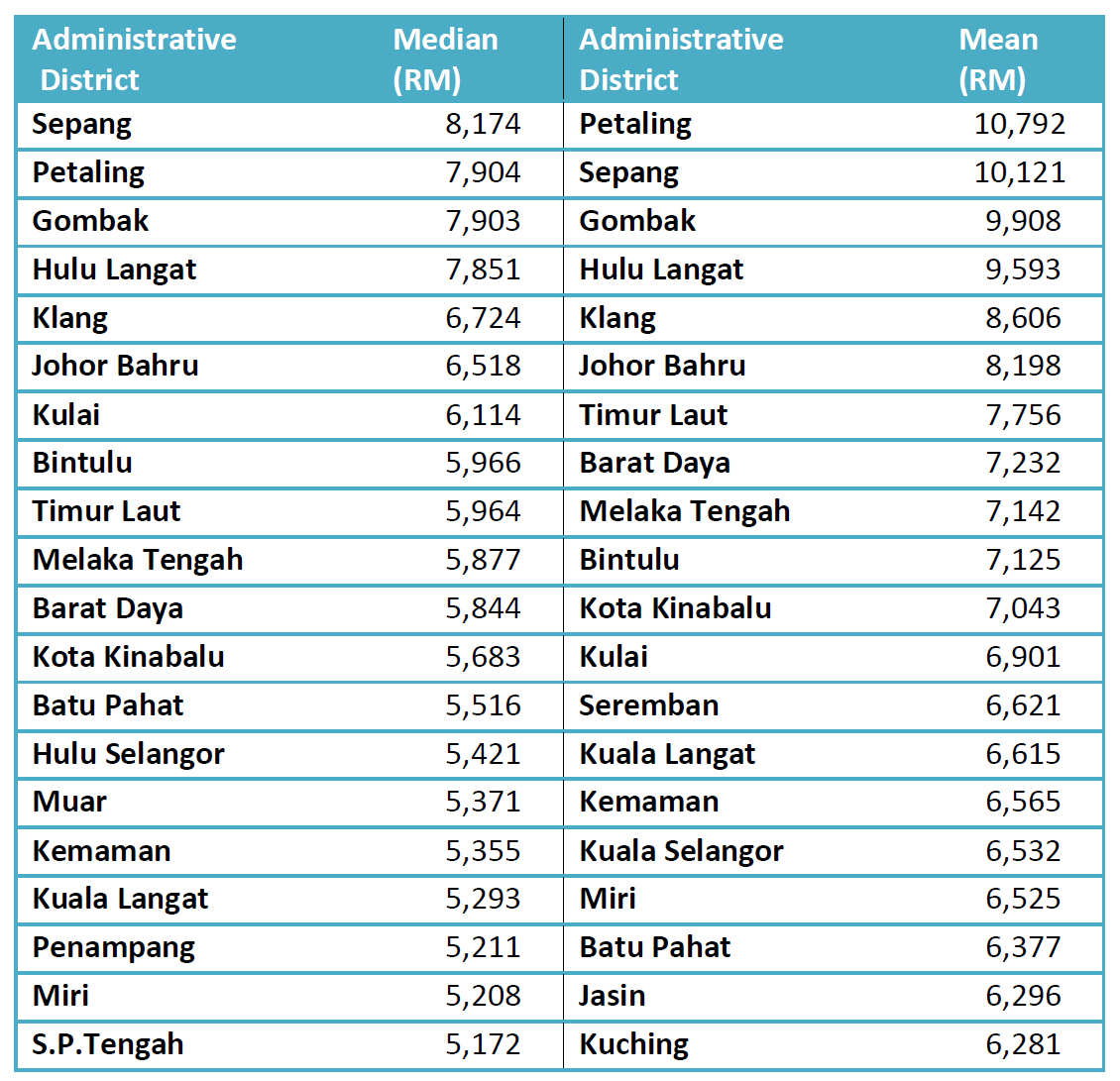 Note: 1 The calculation of real value refers to constant price using the Consumer Price Index with the base year 2010 as the deflator.