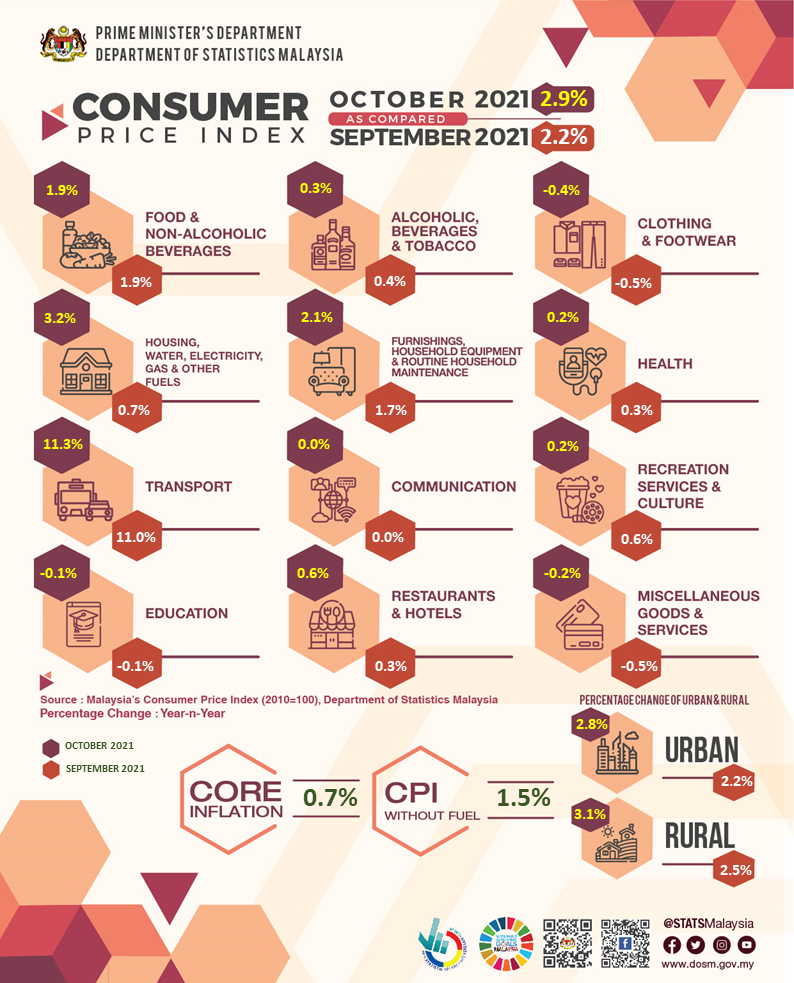 Consumer Price Index (CPI) increased 2.9 per cent in October 2021 to 123.7 as against 120.2 in the same month of the preceding year due to the base effect last year. The increase was mainly driven by a double-digit increase of 11.3 per cent in the Transport group due to the government set up of the RON95 petrol ceiling price to RM2.05 per litre in March 2021 which was higher than the average price of RM1.67 in October 2020, as well as the increase in the average price of RON97 to RM2.84 as compared to RM1.97 in October 2020. This was followed by Housing, Water, Electricity, Gas & Other Fuels (3.2%); Furnishings, Household Equipment & Routine Household Maintenance (2.1%); Food & Non-Alcoholic Beverages (1.9%) and Restaurants & Hotels (0.6%). Both Recreation Services & Culture and Health registered a marginal increase of 0.2 per cent, while Alcoholic Beverages & Tobacco was up 0.3 per cent. Communication remained unchanged, while Clothing & Footwear and Miscellaneous Goods & Services declined 0.4 per cent and 0.2 per cent respectively. Education also posted a marginal decline of 0.1 per cent as compared to a year ago.

Meanwhile, the CPI for the period of January to October 2021 increased 2.3 per cent as compared to the same period last year. On a monthly basis, the CPI increased 0.7 per cent as compared to September 2021. The increase was attributed by Housing, Water, Electricity, Gas & Other Fuels (2.5%); Furnishings, Household Equipment & Routine Household Maintenance (0.4%). Both Miscellaneous Goods & Services and Restaurant & Hotels recorded a marginal increase of 0.3 per cent. In addition, the increase was also due to the discontinuation of the monthly electricity bill discount given to domestic consumers under the Perlindungan Rakyat dan Pemulihan Ekonomi (PEMULIH) Package for a period of three months which ended 30 September 2021. 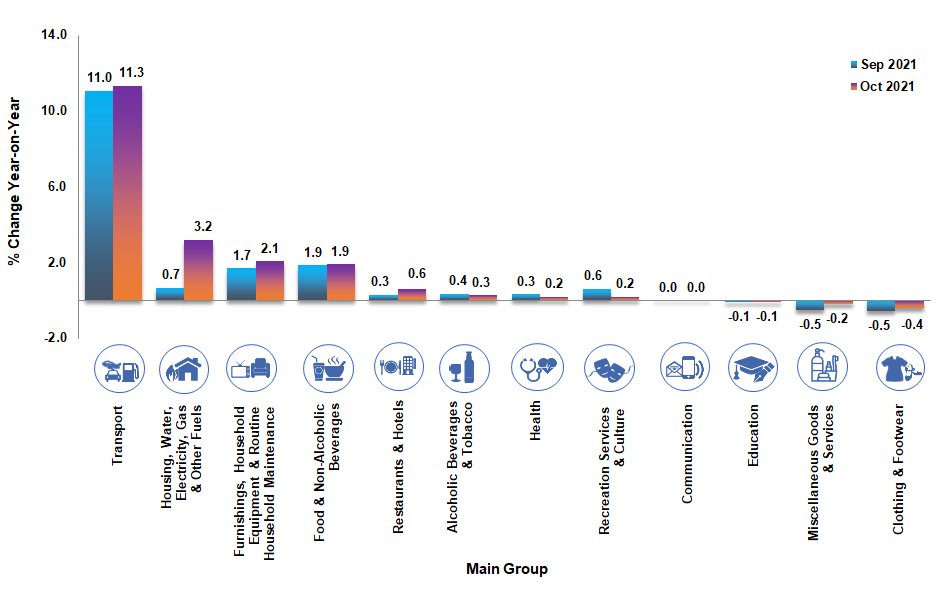 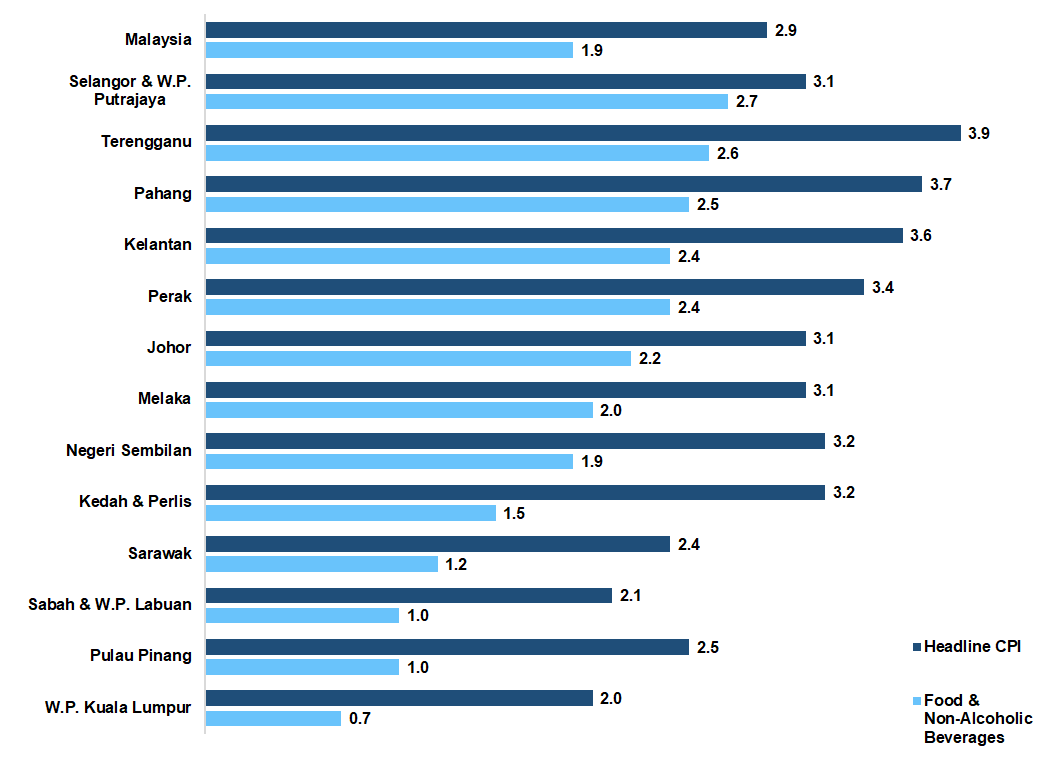 The full publication of the Consumer Price Index Malaysia, October 2021 can be downloaded from eStatistik portal.