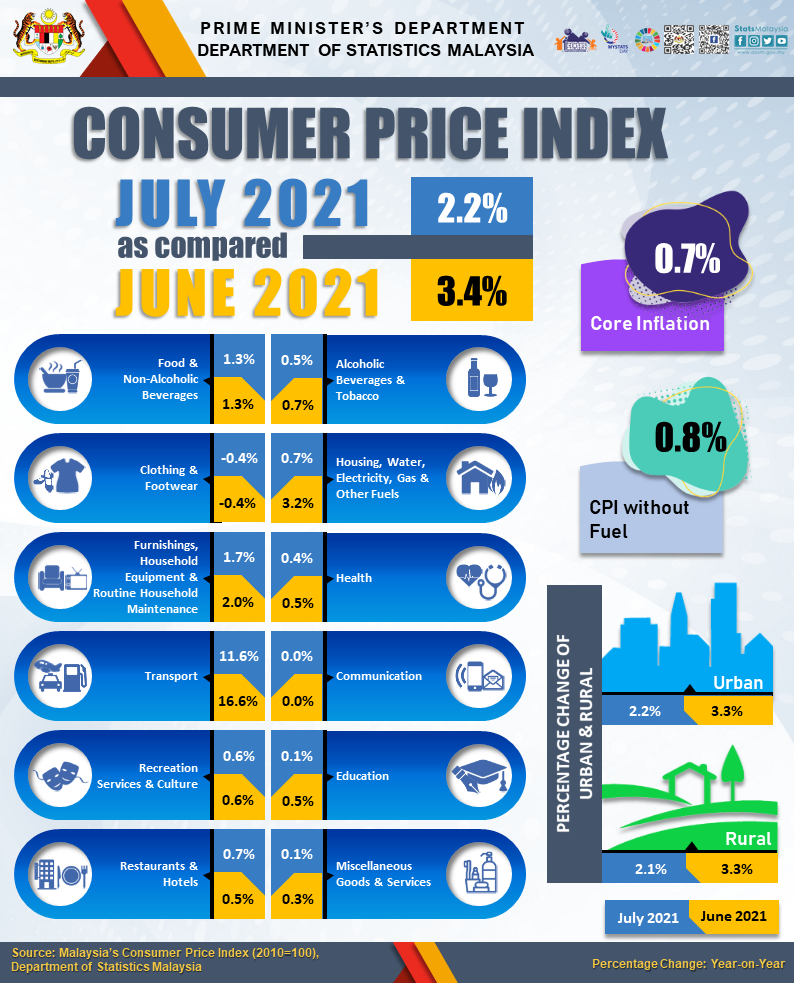 Consumer Price Index (CPI) increased 2.2 per cent in July 2021 to 122.5 as against 119.9 in the same month of the preceding year. CPI remained positive for the sixth consecutive months  since February 2021 due to the lower base effect last year. The increase was mainly driven by a double-digit increase of 11.6 per cent  in the Transport group due to the setting of the RON95 petrol ceiling price to RM2.05 per litre since March  as compared to the average price of RM1.69 in July 2020. This was followed by Furnishings, Household Equipment & Routine Household Maintenance (1.7%); Food & Non-Alcoholic Beverages (1.3%) and Housing, Water, Electricity, Gas & Other Fuels (0.7%).

Meanwhile, the CPI for the period of January to July 2021 increased 2.3 per cent as compared to the same period last year. On a monthly basis, CPI decreased by 0.6 per cent as compared to June 2021. The decrease was attributed to the negative performance of Housing, Water, Electricity, Gas & Other Fuels (-2.5%) and Alcoholic Beverages & Tobacco (-0.1%). In addition, the decrease was also due to the monthly electricity bill discount given to domestic consumers under the Perlindungan Rakyat dan Pemulihan Ekonomi (PEMULIH) Package for a period of three months starting from 1 July 2021 to 30 September 2021. 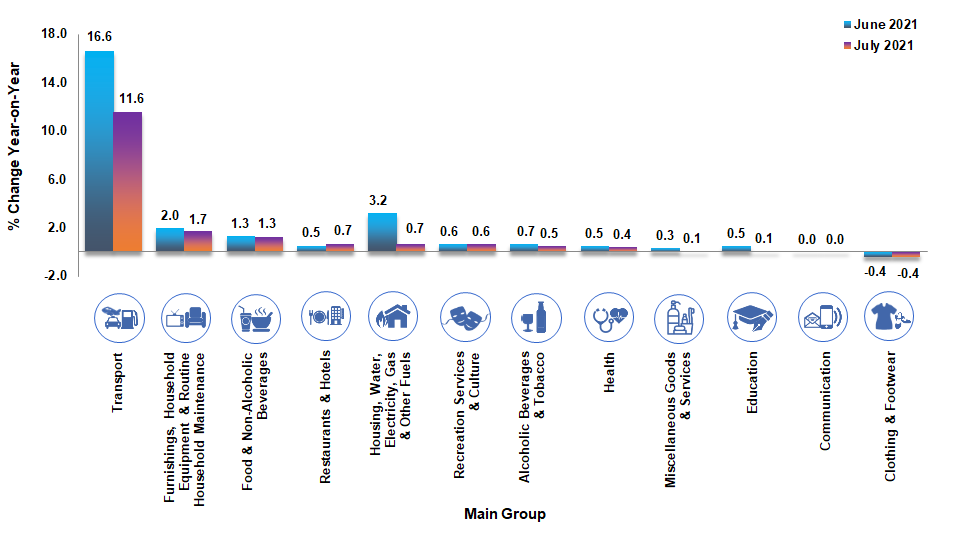 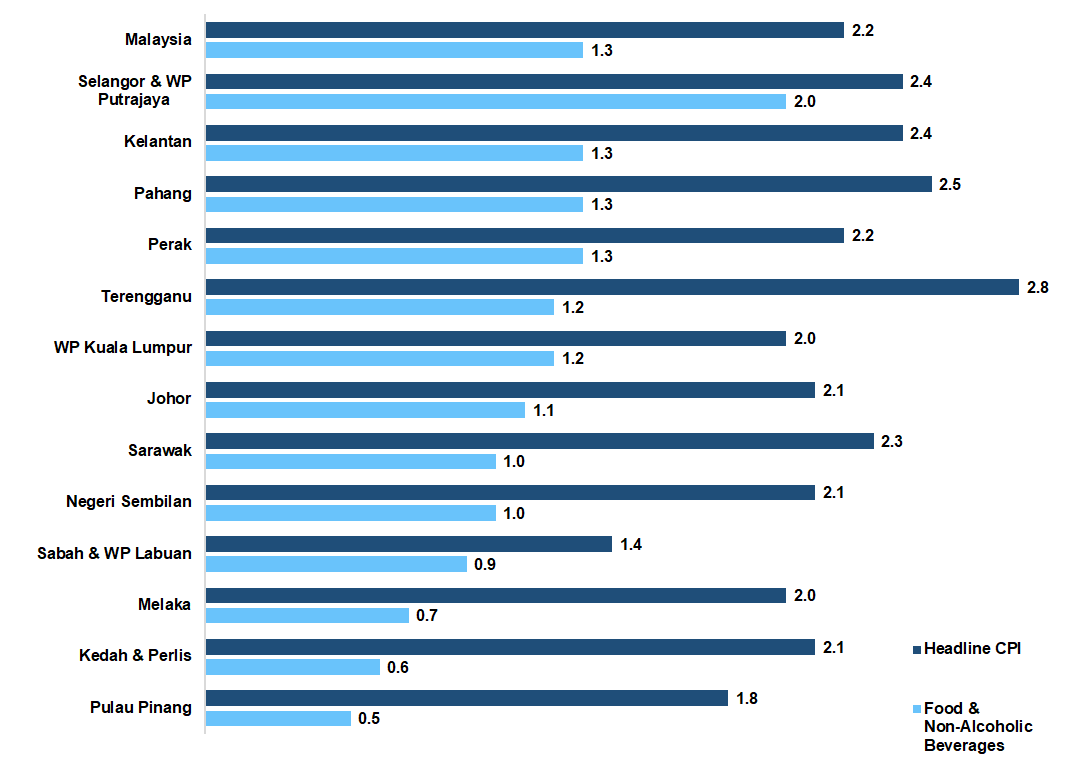 The full publication of the Consumer Price Index Malaysia, July 2021 can be downloaded from eStatistik portal.