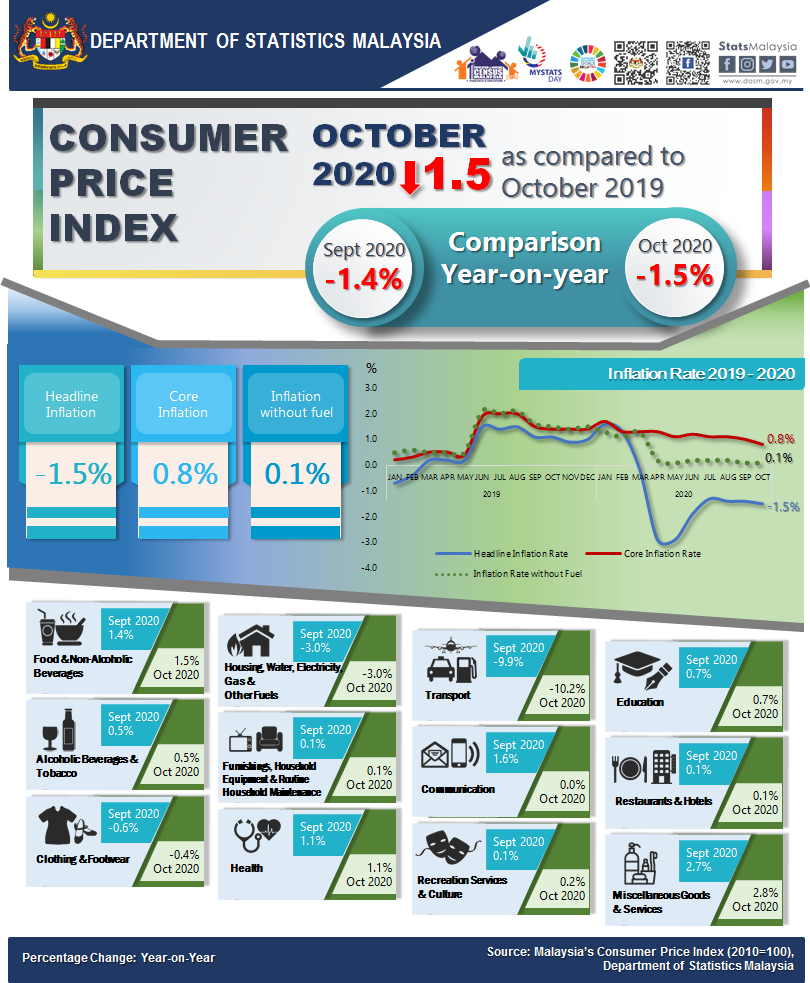 Nevertheless, Food & Non-Alcoholic Beverages increased by 1.5 per cent to 135.3 as compared to 133.3 in corresponding month of the preceding year. This group contributes 29.5 per cent of CPI weight. Similarly, Miscellaneous Goods & Services inclined by 2.8 per cent, followed by Education (0.7%) and Alcoholic Beverages & Tobacco (0.5%). 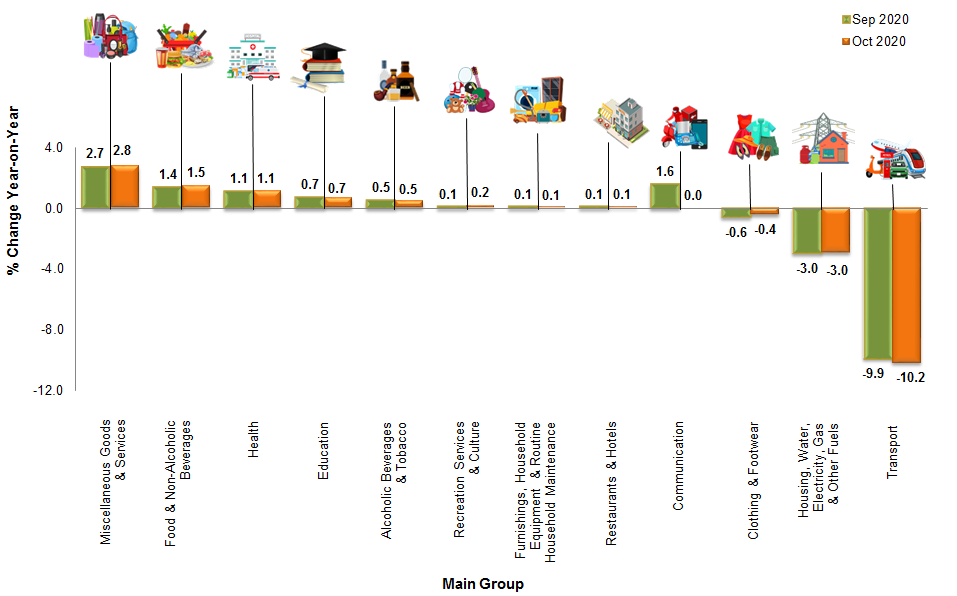 Although year-on-year CPI decreased, CPI on monthly basis increased by 0.1 per cent as compared to September 2020. The increase was attributed by Alcoholic Beverages & Tobacco (0.1%), Recreation Services & Culture (0.1%) and Health (0.1%). 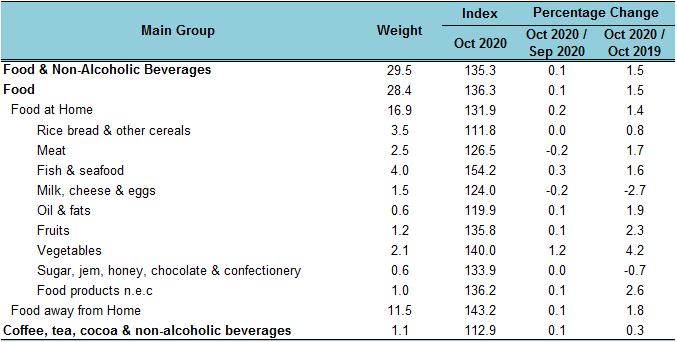 The index for Food away from Home increased 1.8 per cent in October 2020 as against October 2019. The increase in price of Cooked beef, Cooked fish and Nasi lemak contribute to the increase of the index of this subgroup.

However, all states registered an increase in the index of Food & Non-Alcoholic Beverages. The highest increase was recorded by Selangor & Wilayah Persekutuan Putrajaya (2.4%), followed by Pahang (1.8%), Terengganu (1.7%), Perak (1.7%) and Negeri Sembilan (1.6%). 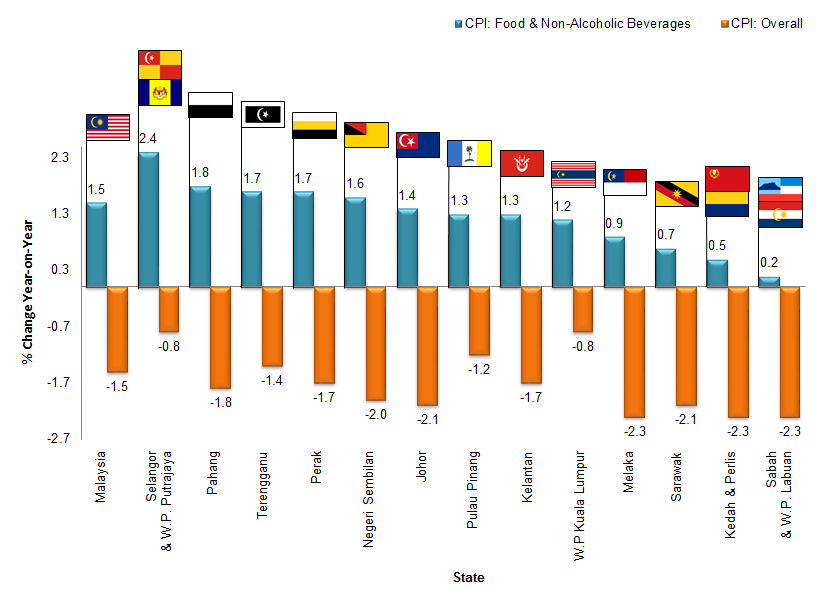 Core index rose 0.8 per cent in October 2020 as compared to the same month of the previous year. Among the major groups which influenced the increase were Miscellaneous Goods & Services (2.8%), Food & Non-Alcoholic Beverages (1.3%), Housing, Water, Electricity, Gas & Other Fuels (0.9%) and Education (0.7%). 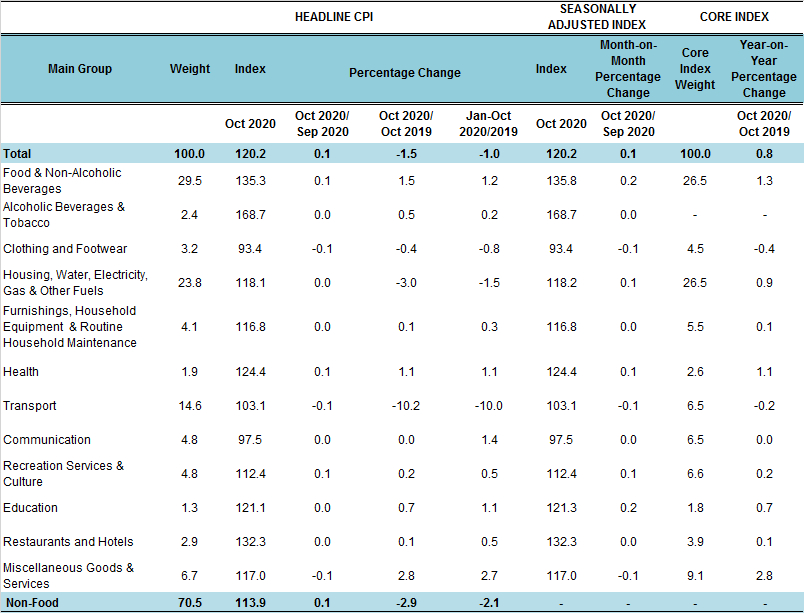