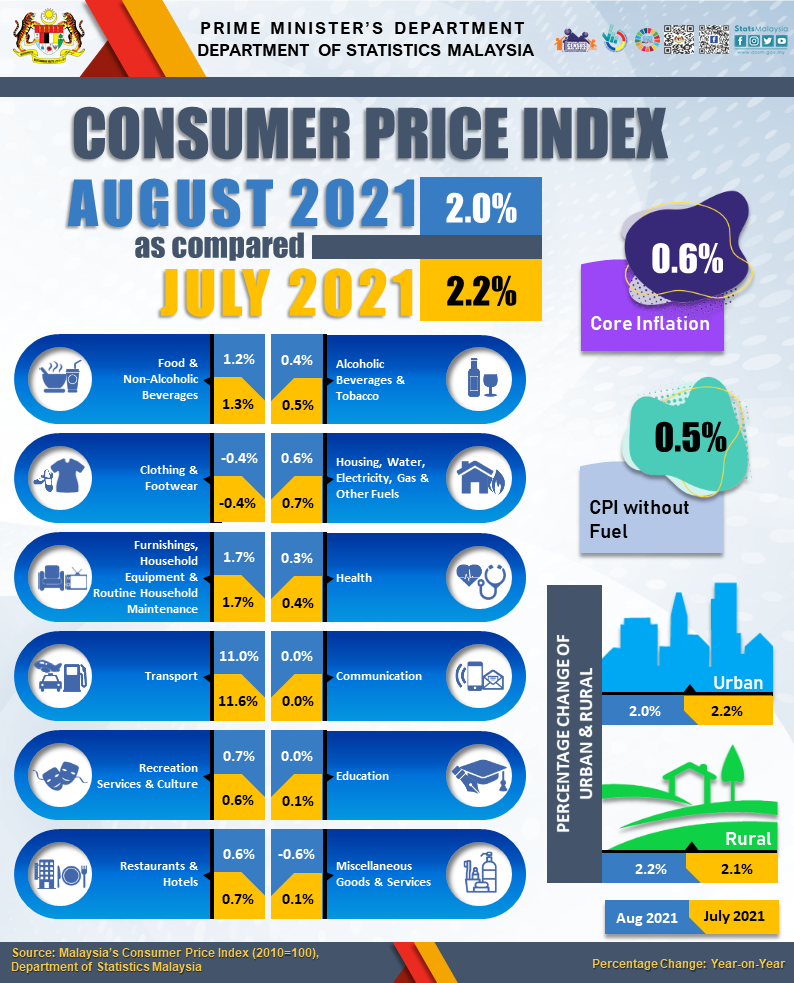 Consumer Price Index (CPI) increased 2.0 per cent in August 2021 to 122.5 as against 120.1 in the same month of the preceding year. CPI remained positive for the seventh consecutive months  since February 2021 due to the lower base effect last year. The increase was mainly driven by a double-digit increase of 11.0 per cent in the Transport group due to the setting of the RON95 petrol ceiling price to RM2.05 per litre starting March 2021 as compared to the average price of RM1.68 in August 2020. This was followed by Furnishings, Household Equipment & Routine Household Maintenance (1.7%); Food & Non-Alcoholic Beverages (1.2%); Recreation Services & Culture (0.7%) and Housing, Water, Electricity, Gas & Other Fuels (0.6%).

Meanwhile, the CPI for the period of January to August 2021 increased 2.3 per cent as compared to the same period last year. On a monthly basis, CPI remained unchanged as compared to July 2021. The Food & Non-Alcoholic Beverages and Housing, Water, Electricity, Gas & Other Fuels groups increased 0.1 per cent respectively, but it was offset by the decline in Transport (-0.1%) and Education (-0.1%). The setting of maximum retail prices for pure palm cooking oil in bottled packaging by the government effective 1st August 2021 has slightly eased the inflation of subgroup of Oils & fats to negative 0.4 per cent from 0.2 per cent in July 2021. 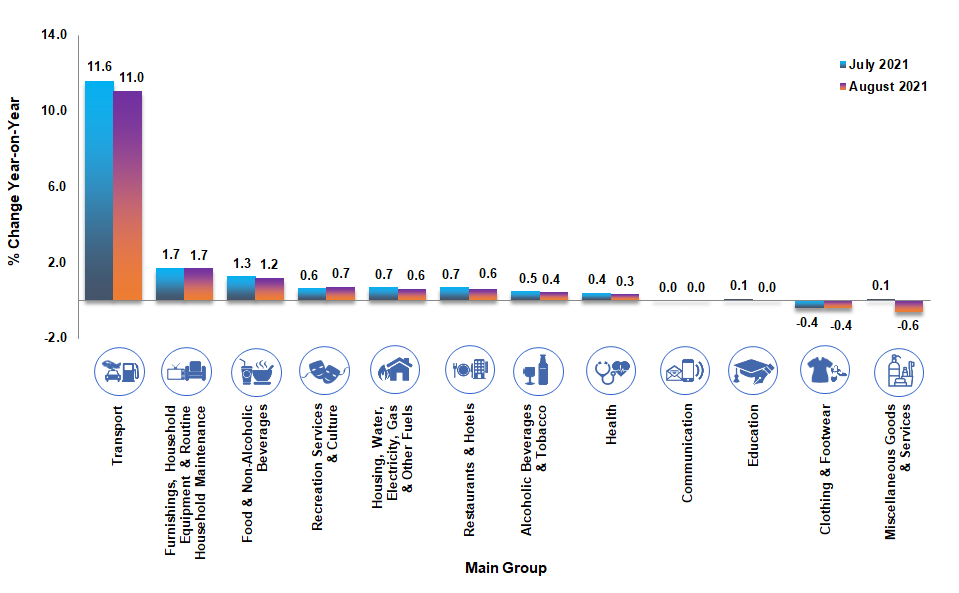 Core index rose 0.6 per cent in August 2021 as compared to the same month of the previous year. Among the major groups which influenced the increase were Furnishings, Household Equipment & Routine Household Maintenance (1.7%); Transport (0.7%); Recreation Services & Culture (0.7%); Housing, Water, Electricity, Gas & Other Fuels (0.6%); Restaurants & Hotels (0.6%) and Health (0.3%). 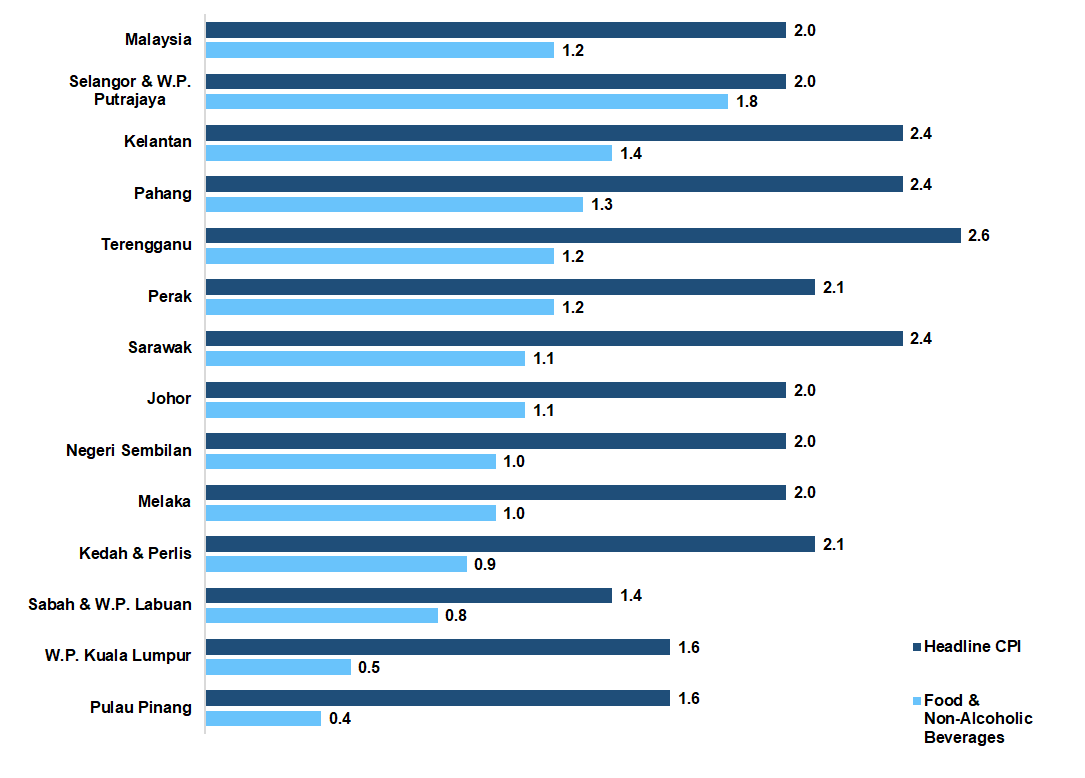 The full publication of the Consumer Price Index Malaysia, August 2021 can be downloaded from eStatistik portal.