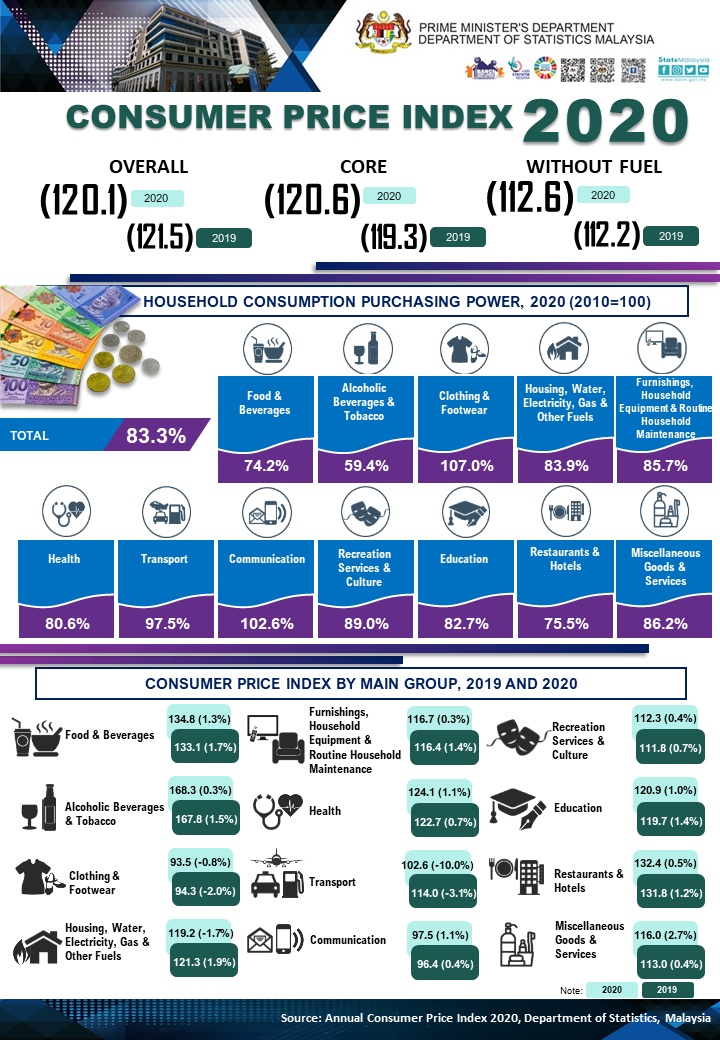 Inflation as measured by Consumer Price Index (CPI) indirectly reflects the purchasing power of Malaysia’s household consumption. Based on analysis of CPI 2020, purchasing power of Malaysia’s household consumption recorded 83.3 per cent, declined 16.7 per cent over a decade. Within 12 main groups, two groups of goods and services recorded a purchasing power of more than 100.0 per cent namely Communication (102.6%) and Clothing & Footwear (107.0%). This illustrates that households were able to enjoy Communication services, Clothing & Footwear at cheaper prices as compared to 10 years ago. Meanwhile, the Alcoholic Beverages & Tobacco group recorded the highest decrease in purchasing power by 40.6 per cent. This is followed by the Food & Beverages (25.8%) and Restaurants & Hotels (24.5%).

The full publication of the Analysis of Annual Consumer Price Index 2020 can be download from eStatistik portal.