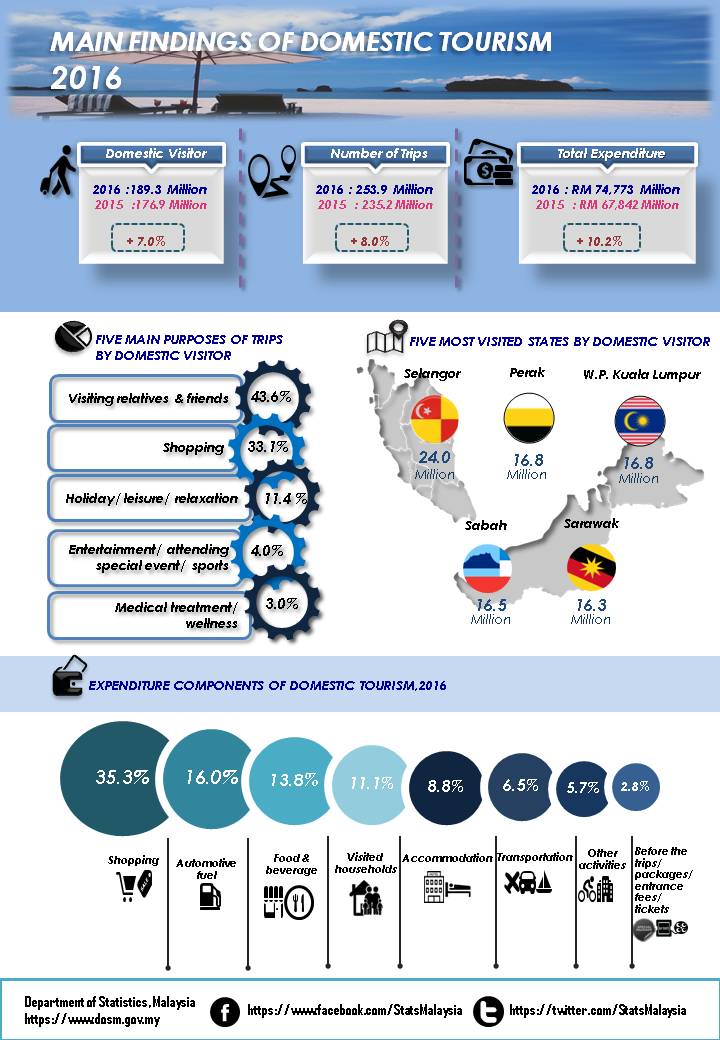 This report presents statistics on domestic tourism which covered Malaysian residents aged 15 years and above in urban and rural areas. The statistics presented are based on Domestic Tourism Survey conducted in 2016.

Shopping continued to register the highest share contribution of expenditure components by domestic visitors with 35.3 per cent. This was followed by consumption on automotive fuel, food & beverage, expenditure by visited household, accommodation, transportation and other expenditures.

The detailed information regarding this report can be accessed through the  eStatistik application in the portal of Department of Statistics Malaysia.