The number of establishments surged by 12.1 per cent per annum for professional services with a value added of RM24.3 billion 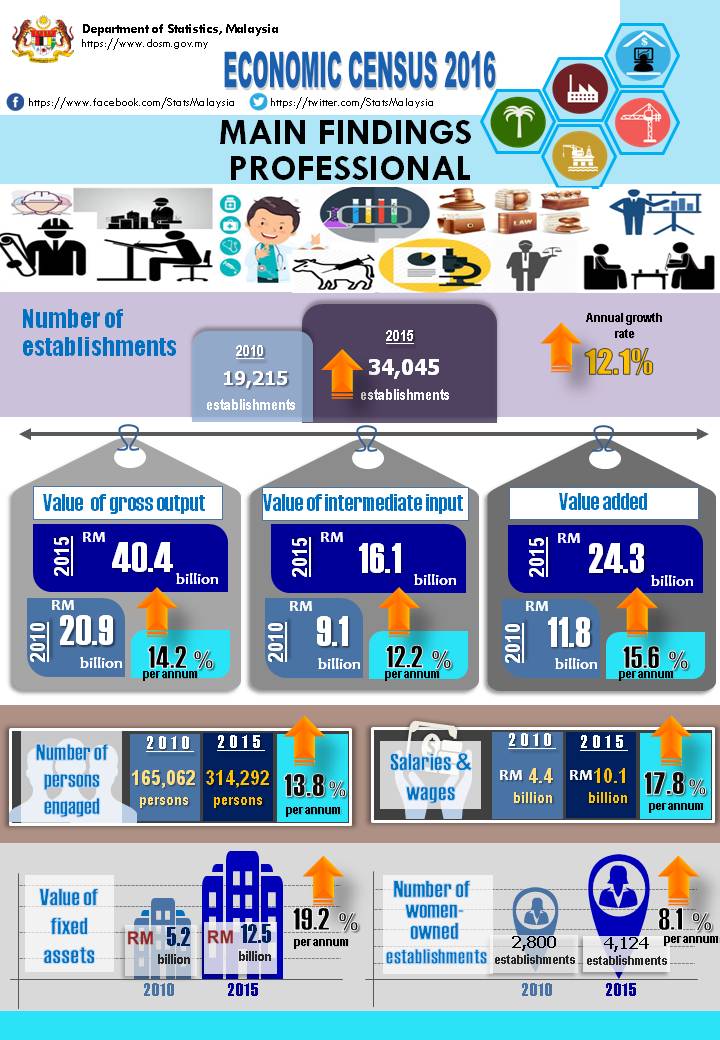