The Number of Establishments Surged 27.5 Per Cent Per Annum (CAGR 2010-2015) for Information and Communications Services with a Value Added of RM62.6 billion 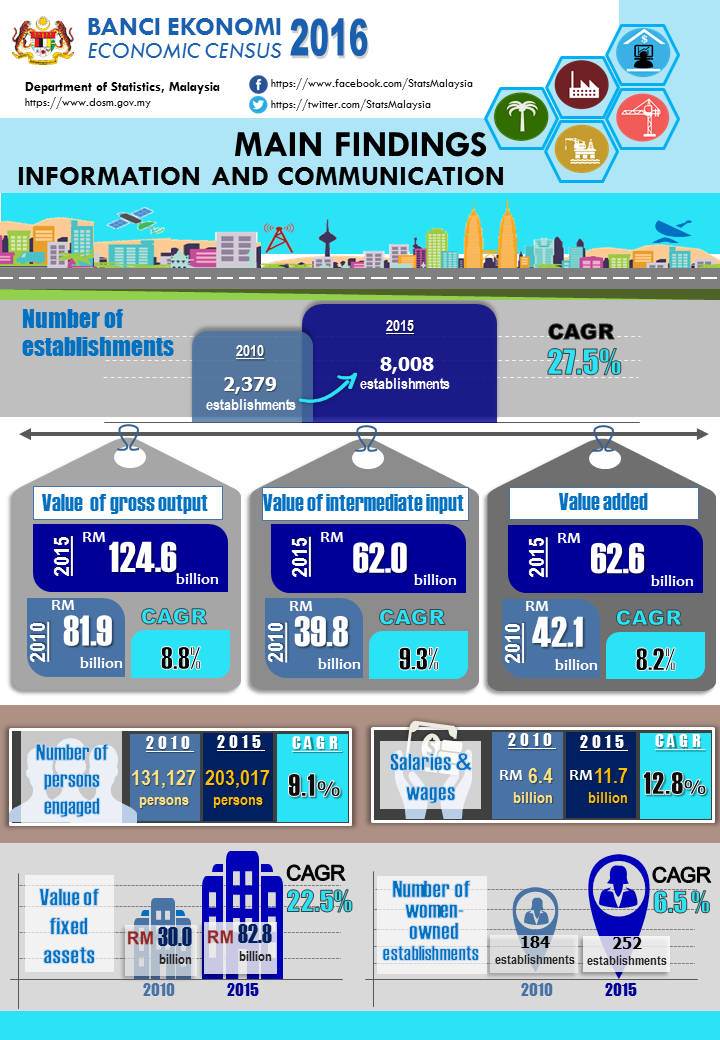 PERFORMANCE OF INFORMATION AND COMMUNICATION SERVICES

The results of the census showed that a total of 8,008 establishments operated in information and communication services compared to 2,379 establishments in 2010, increased by 5,629 establishments. The compound annual growth rate (CAGR) was 27.5 per cent annually.