Gross Output of Accommodation Services amounted to RM13.9 billion in 2015 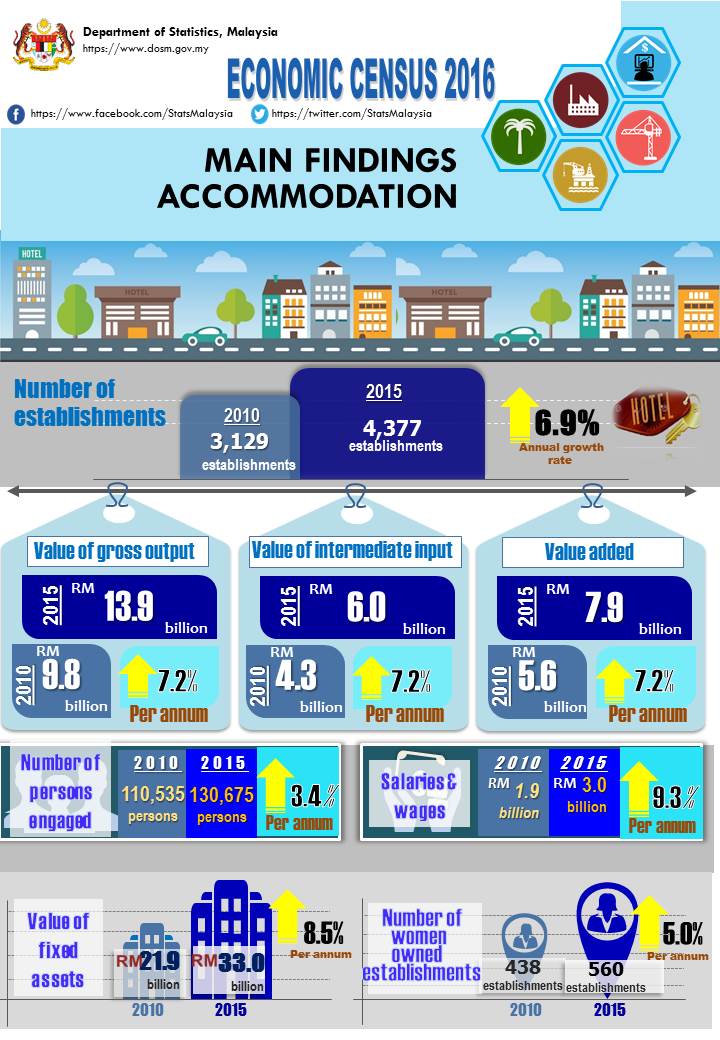 The results of the census showed that total number of accommodation establishments increased to 4,377 compared to 3,129 establishments in 2010. This represents an increase of 6.9 per cent per annum.

Number of persons engaged in accommodation services was 130,765 persons, representing a growth of 3.4 per cent compared to 2010. The accommodation industry engaged 121,963 persons with percentage share 93.3 per cent of paid full-time employees. In addition, there were 5,706 persons (4.4%) categorised as part-time employees while 3,006 persons (2.3%) are working proprietors and unpaid family workers. Total salaries & wages paid to employees in 2015 was RM3.0 billion compared to RM1.9 billion in 2010. This number recorded an increase of 9.3 per cent per annum.

In 2015, there were 560 women-owned establishments in accommodation services which comprised of 12.8 per cent from the total establishments with annual growth rate 5.0 per cent.