The Domestic Tourism Survey (DTS) is monthly survey conducted by the Department of Statistics, Malaysia that collects information on the profile and pattern of domestic tourism. This survey has been conducted using personal interview in 2014, covering Malaysian residents aged 15 years and above in all states. 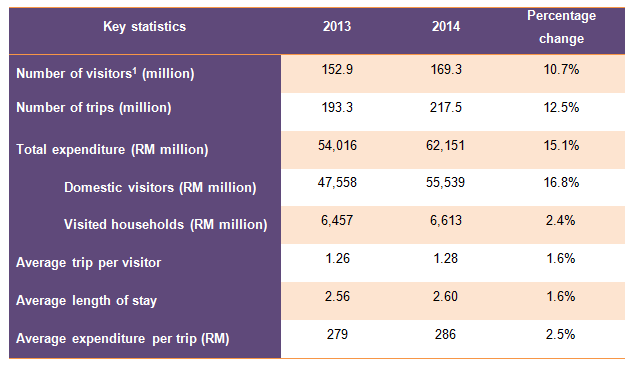 Note: This number includes the same visitors who makes a trip or multiple trips in a year.

A total of 169.3 million domestic visitors were registered in 2014 of which 108.6 million excursionists, while the remaining 60.7 million were tourists. The number of excursionists and domestic tourists increased by 10.3 per cent and 11.6 per cent respectively as compared to the previous year (Table B). 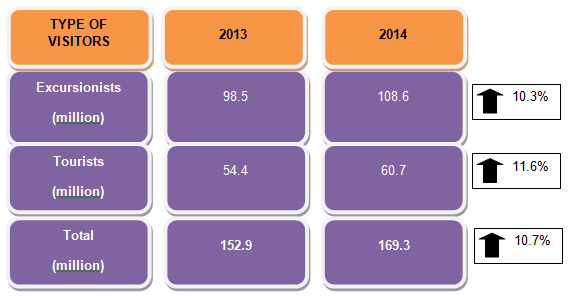 Total expenditure by the tourists and excursionists registered a double digit growth of 18.5 per cent and 13.9 per cent to RM35,133 million and RM20,406 million respectively in 2014.

In 2014, shopping remained as the largest component of domestic tourism expenditure which contributed a share of 33.0 per cent (RM20,483 million).

This was followed by consumption on fuel, food & beverage, accommodation, transportation and others expenditure.

The detailed information regarding this report can be accessed through the eStatistik application in Department of Statistics Malaysia website, www.dosm.gov.my.