Services Statistics on Transportation and Storage 2015

SNAPSHOT OF TRANSPORTATION AND STORAGE 2014 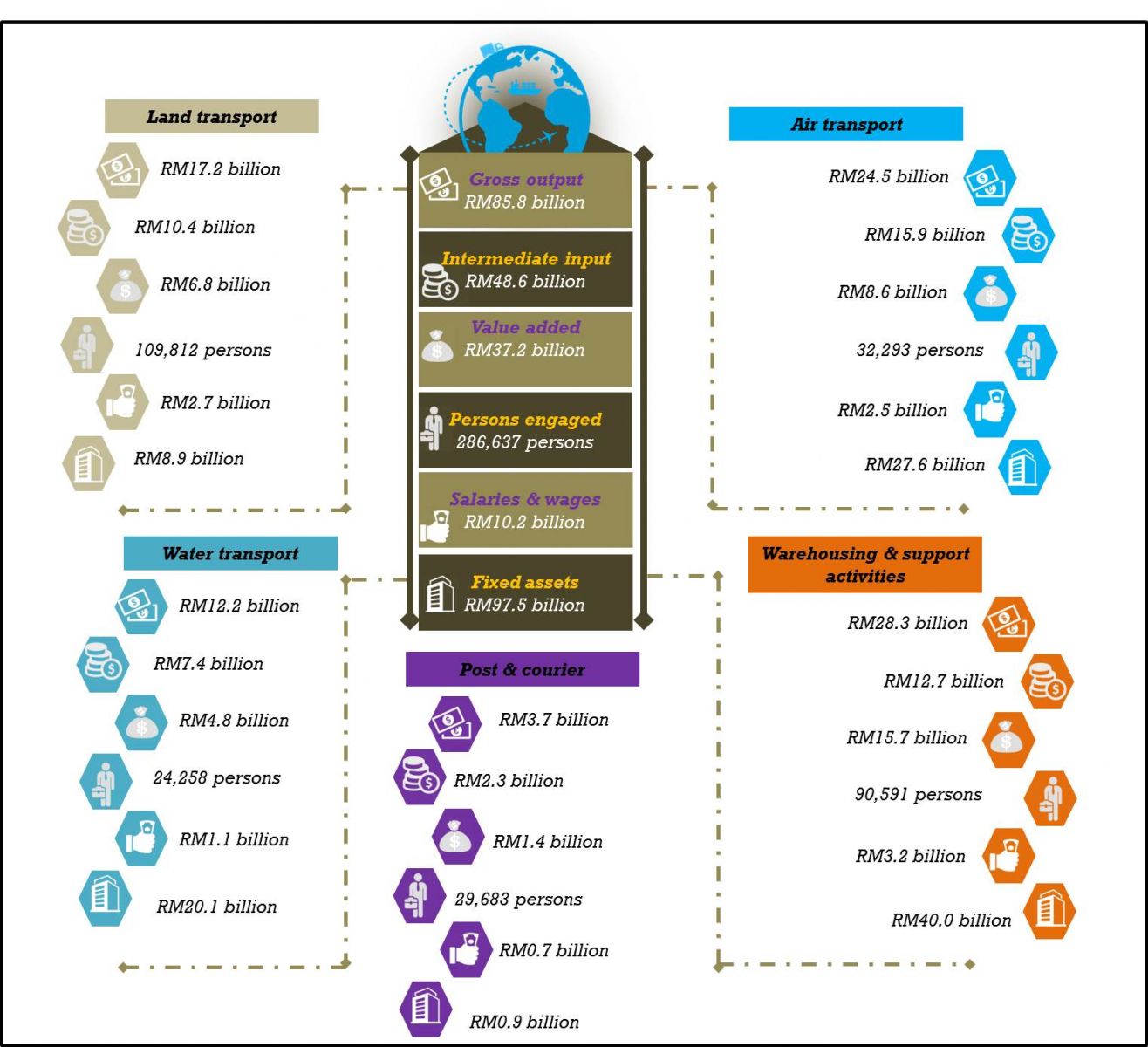 This report presents statistics on transportation and storage services which encompasses land  transport, water transport, air transport, warehousing & support activities and post & courier services. The statistics presented were compiled based on the Survey of Services Establishments conducted in 2015 for reference year 2014.

PERFORMANCE OF TRANSPORTATION AND STORAGE  SERVICES BY ACTIVITIY

Transportation and storage services recorded the  gross output of RM85.8 billion in 2014. This services was mainly attributed to warehousing & support activities with the largest share of output RM29.3 billion (34.1%). This was followed by air transport, RM23.5 billion (27.4%) and land transport amounted RM17.2  billion (20.0%).

Value added generated in 2014 was RM37.2 billion. A total of 47.4 per cent was contributed by the warehouse & support activities with a value of RM17.6 billion. This was followed by air transport, RM6.9 billion (20.0%) and land transport, RM5.7 billion (15.4%). Chart 1 shows the percentage of gross output and value added by activity.

Chart 2 : Total number of persons engaged by category of workers, 2014 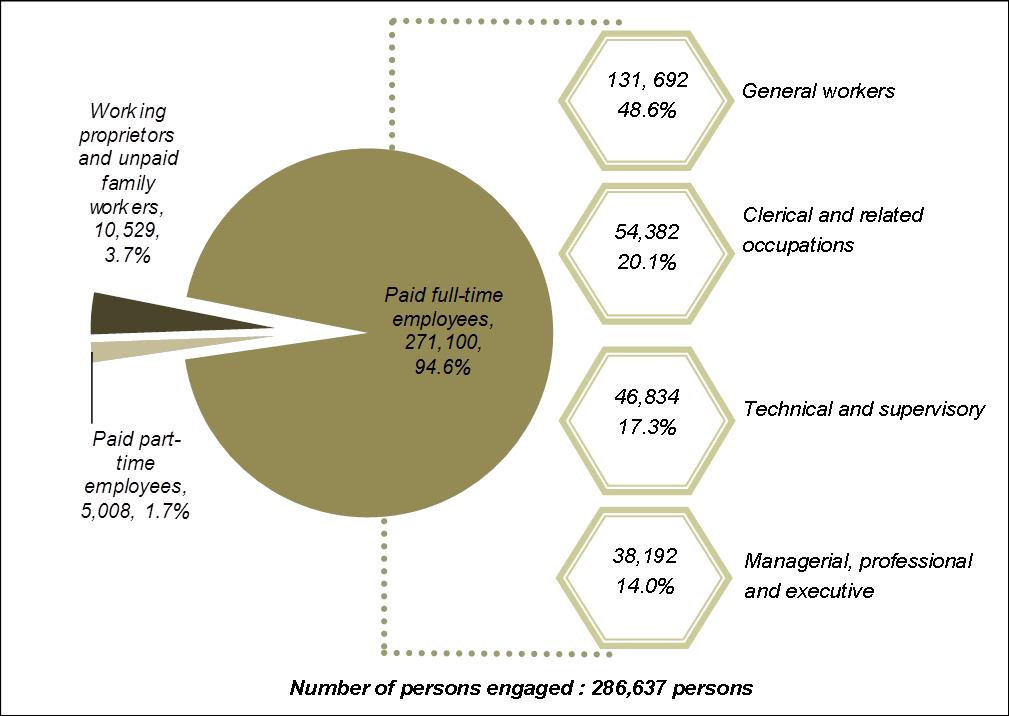 The number of male employees in transportation and storage services was 22,065 persons (76.8%) as compared with female employees, 66,572 persons (23.2%). Male employees were dominant in all category of workers except for clerical and related occupations. 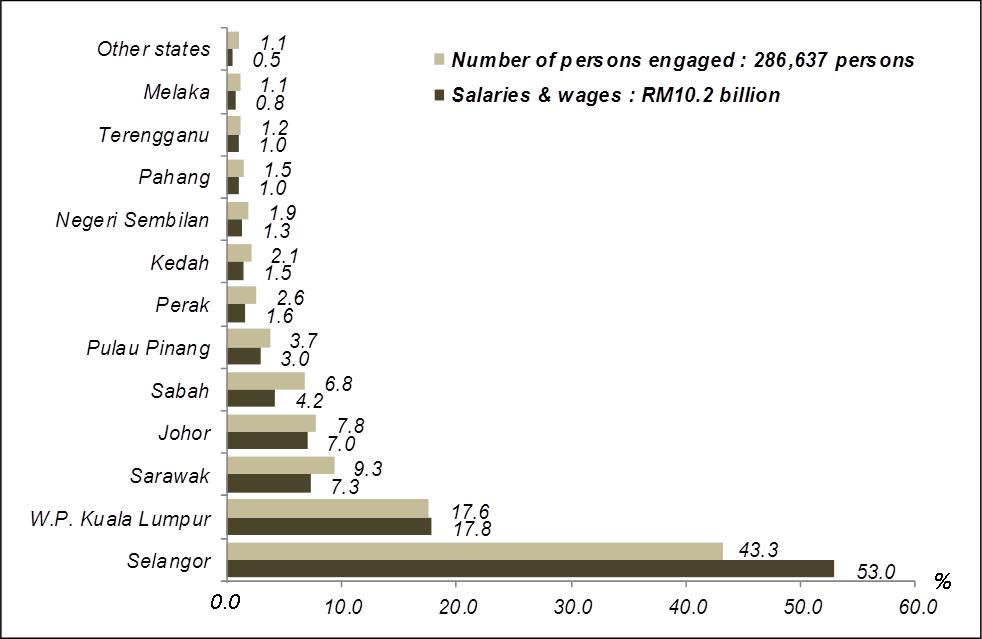