Malaysia’s current account hit a record of RM62.1 billion in 2020

Statistics on Foreign Affiliates in Malaysia 2015 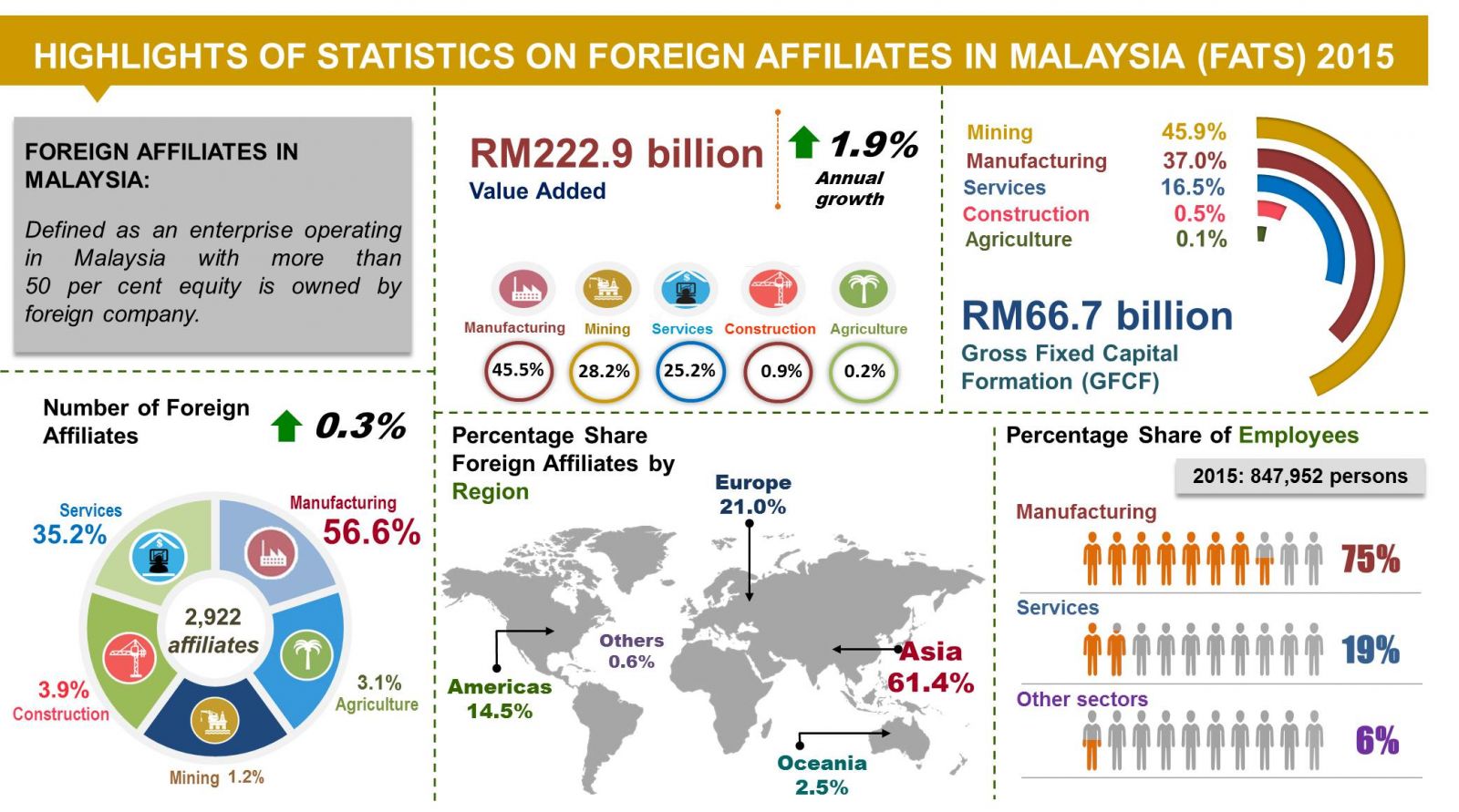 PERFORMANCE OF FOREIGN AFFILIATES IN MALAYSIA BY ECONOMIC ACTIVITIES

Gross Fixed Capital Formation (GFCF) of foreign affiliates posted a value of RM66.7 billion, an increase of RM3.3 billion from 2014. The distribution in GFCF was led by Mining sector with a share of 45.9 per cent. Meanwhile, the number of employees recorded 847,952 persons in 2015. Manufacturing sector registered 75.3 per cent employed persons in 2015, followed by Services sector (19.3%).

In 2015, foreign affiliates in Malaysia generated RM290.2 billion of exports, while imports recorded RM240.0 billion. Both exports and imports were dominated by Manufacturing sector as the largest contributor.

FOREIGN AFFILIATES IN MALAYSIA BY REGION

Foreign affiliates in Malaysia was dominated by Asia region with a share of 61.4 per cent (2014: 61.6%). This was followed by Europe and Americas which contributed 21.0 per cent and 14.5 per cent, respectively.