Malaysia rubber production increased by 4.7 per cent in October 2021 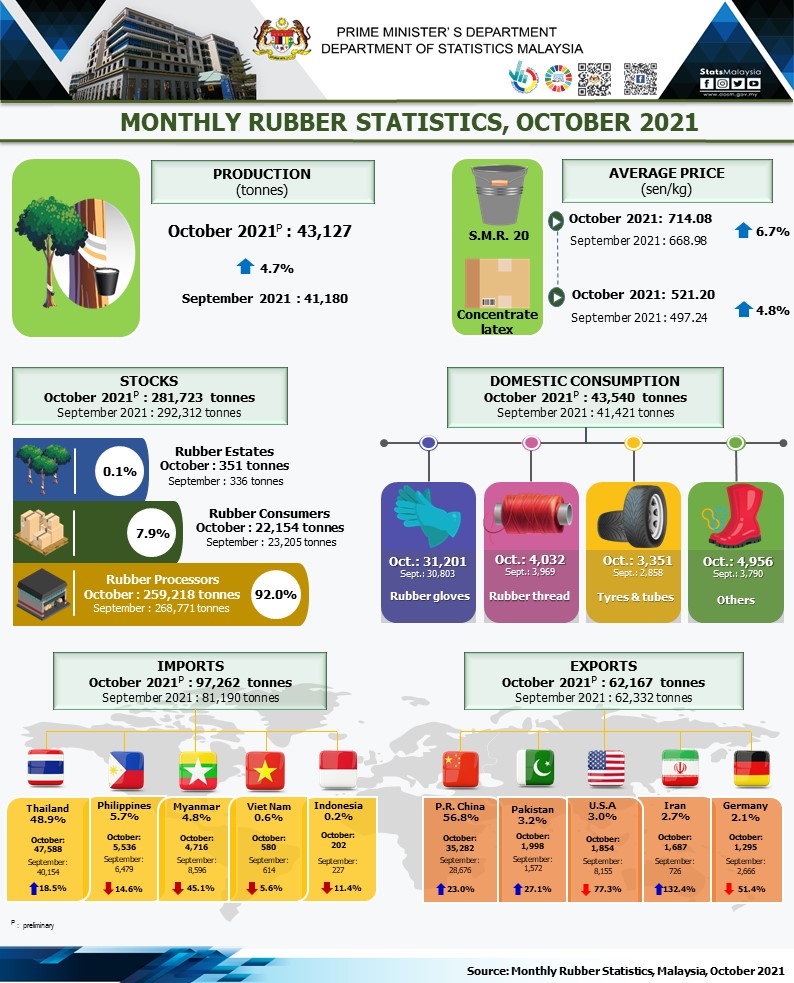 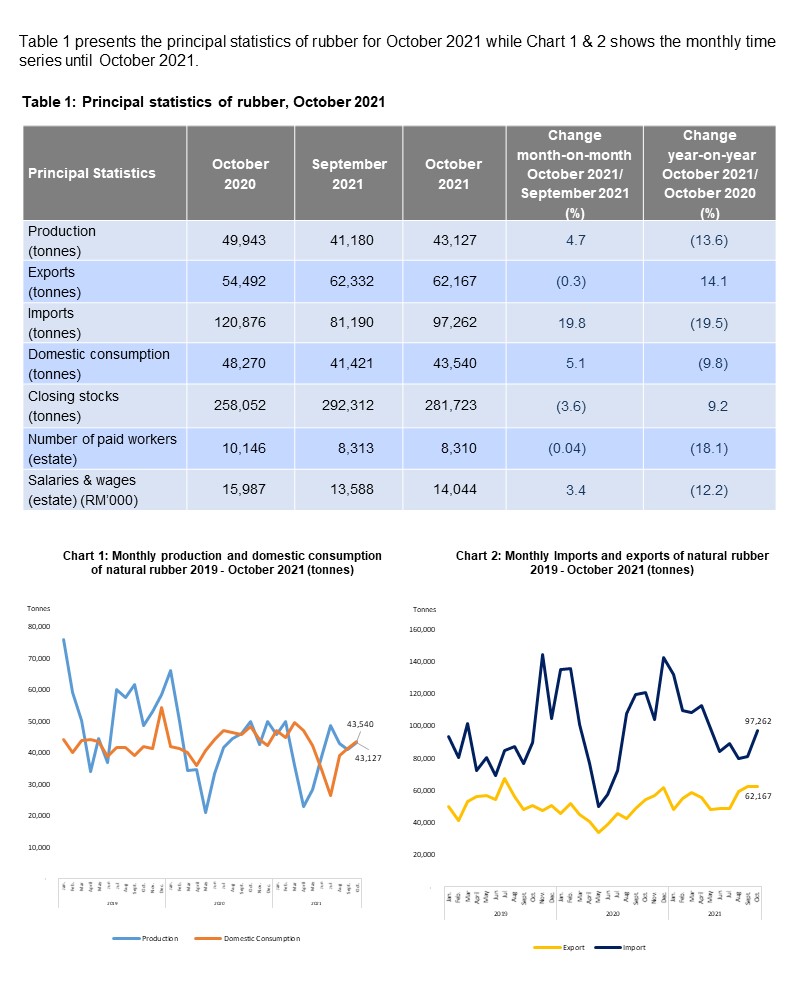 The full publication of the Monthly Rubber Statistics, October 2021 can be downloaded through eStatistik Portal.

For more details, please refer to the Department’s portal: www.dosm.gov.my

Data for October 2021 is provisional. The data will be updated based on the latest available figures and subsequently published in the November 2021 publication.