Children statistics, Malaysia, 2017 presents selected child1 statistics as the basis to measure the quality of life and well-being of children at the national and state levels. The compilation of statistics in this publication consists of four main fields, namely population, health, education and child protection. The statistics were obtained from secondary sources which involved various government agencies.

Meanwhile, the composition of children under-5 years is 8.2 per cent of the total population in Malaysia. The number of male children (1.4 million persons) is more than females (1.3 million persons).

1 Under Child Act 2001, a child refers to a person under the age of eighteen years old. 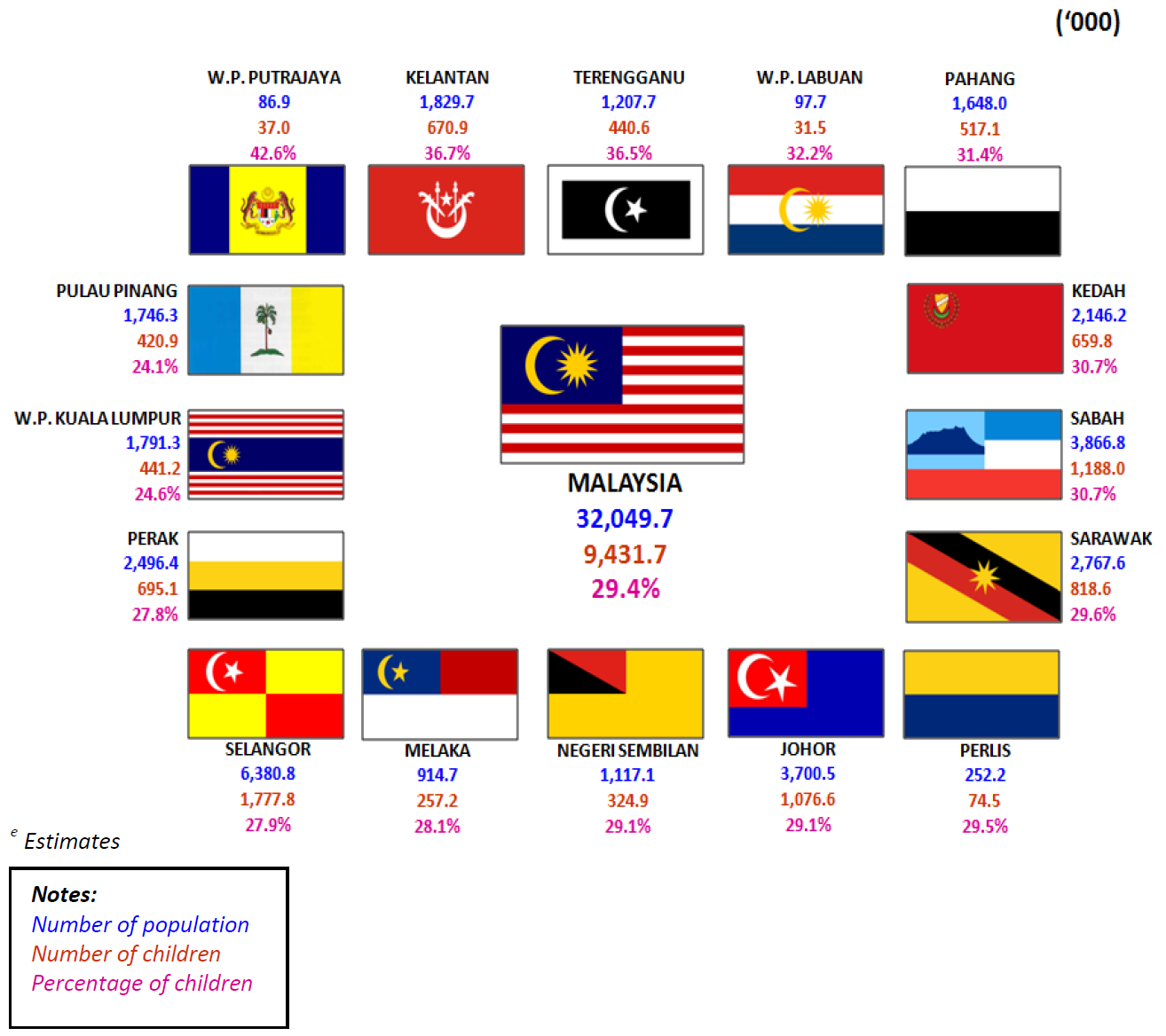 Chart 2: Pupils in government and government-aided school by level of education, Malaysia, 2015 and 2016 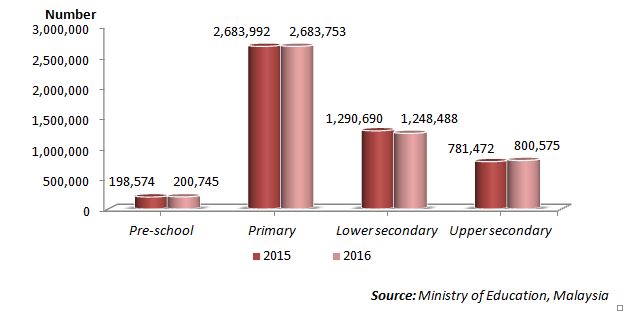 The number of pupils in private kindergarten, private primary school and private secondary school increased in 2016 to 332,641, 36,899 and 109,865 persons respectively. 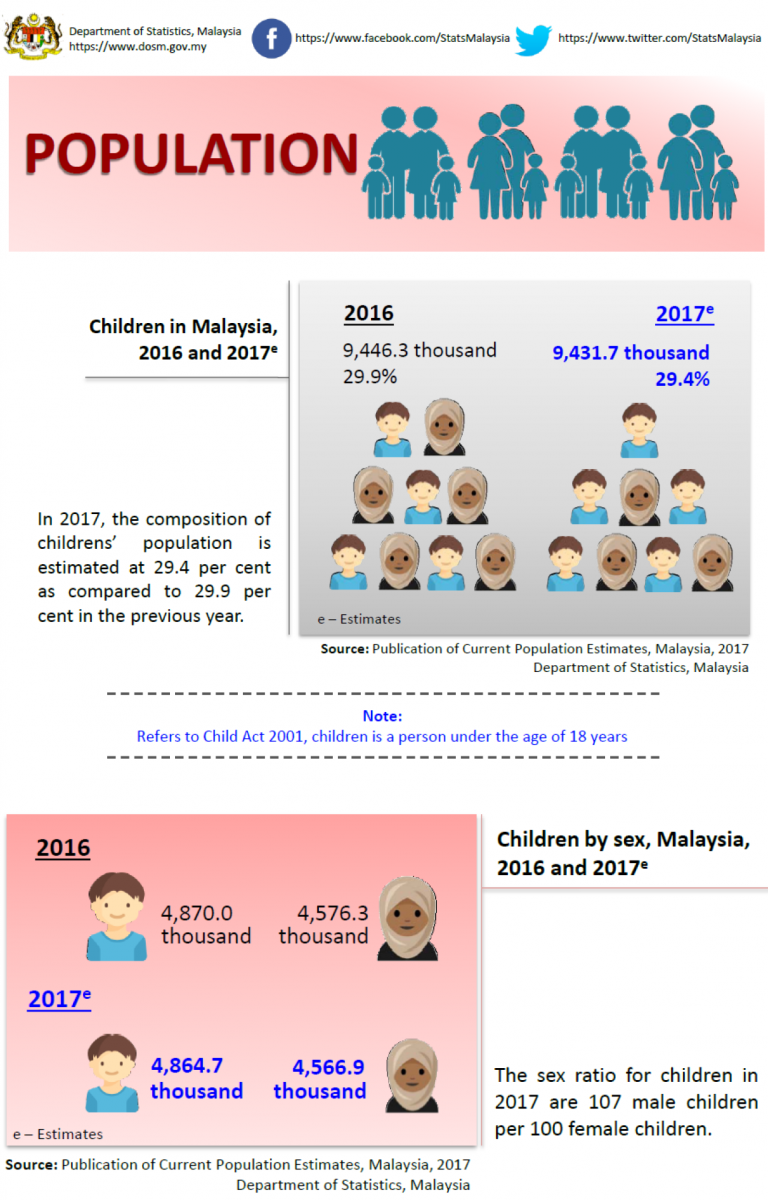 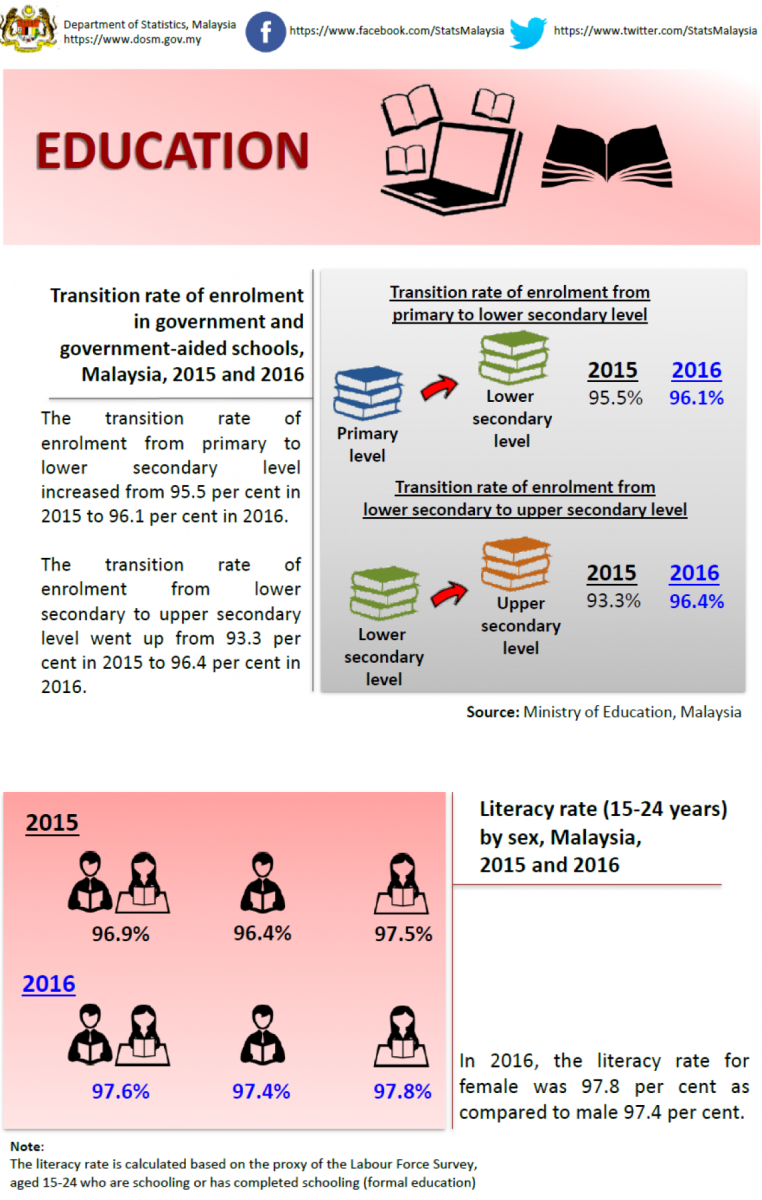 The detailed information regarding this report can be accessed through the eStatistik application in the website of Department of Statistics, Malaysia, www.dosm.gov.my.